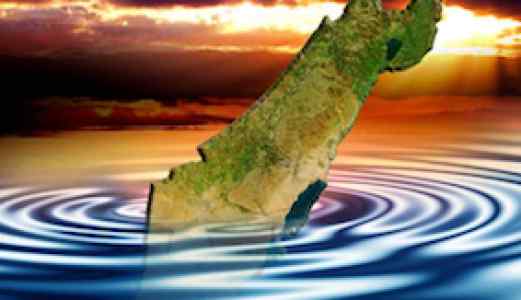 You have betrayed all the exemplary values of Judaism by stealing the land and houses which don’t belong to you, and especially by not respecting my most important commandment: “Thou shall not kill” and accumulating nuclear weapons capable of killing millions of people in one go and sparking off a world war capable of destroying all of our creation.

Consequently, the protection that had been granted to Israel is from today totally withdrawn and I ask to all the real Jews to leave the Land of Palestine as quickly as possible.

We had provided this protection in the hope that the reason and respect inherent in Judaism, along with the construction of the Embassy, the third Temple of the old writings where we would have returned, would push this state full of promise to allow the Palestinian people to return to their houses and their land in a multi-racial and multi-cultural state as an example to all of Humanity and become a spiritual beacon for the three great monotheistic religions.

Instead, the stiff necked people who had only just escaped the nazi genocide and concentration camps, stiffened yet more, they treated our last Prophet and his request for the Embassy with contempt, they created concentration camps for the Palestinians whose homes and Lands they stole, they bombed the concentration camp which is Gaza and are even projecting a final solution with the goal of Palestinian genocide.

Therefore our protection is now ended and the real Jews are again condemned to a new diaspora, to live among the other Nations of Earth while refusing to carry arms for any nation and to benefit every nation with their genius and creativity.

The only true Jews are of course anti-zionist and we congratulate the religious Jews who refused zionism and who have already left Israel.

Raelians are now the true Jews, the only ones who wish to physically construct the Embassy to welcome our return, and not on stolen land. We ask all Jews to leave Israel as soon as possible, to convert to Raelianism, and to support the Palestinians, who are in fact mostly the descendants of real Jews who converted to Islam a very long time ago. To see false Jews coming from Europe massacring the descendants of Jews who lived in Israel from the Biblical times, is a heartrending crime.

Spread around the world to bring the magnificent values of Raelian-Judaism, a Judaism of peace and tolerance, an anti-racist Judaism, a globalist Judaism aiming to unite all the nations within a world government, an anti-militarist Judaism pushing for the immediate and unilateral elimination of weapons of mass destruction, a pro-science Judaism promoting genetics and space exploration and finally a Judaism working especially for the third Temple, our Embassy where we will officially return to reinforce an enduring peace between all people and where all the Great Prophets will return to testify with us to destroy all the myths that the divisive religions have created.

Jew, leave Israel as soon as possible “without turning back” if you don’t wish to be “turned into a pillar of salt” as had happened at Sodom and Gomorrah, and support the predicted Messiah: Rael.

Peace on Earth and to all of good will!