Why do Raelians keep their hair long

The advanced series of messages received by Rael in 1973 and 1975, from the Elohim,(see www.rael.org), contains a vast array of information that touches every aspect of our life. 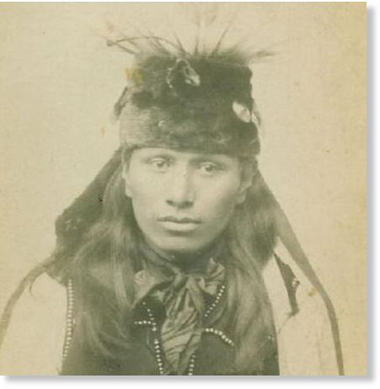 The advanced series of messages received by Rael in 1973 and 1975, from the Elohim,(see www.rael.org), contains a vast array of information that touches every aspect of our life.
While most were considered ludicrous by the scientists in the 70s, they have become more and more mainstream while the years pass.

The concepts of cloning, memory transfer, traveling faster than the speed of light, living in an infinite universe explained by these advanced extraterrestrials were all rejected in the 70s but became part of our realm and are now either demonstrated or accepted as likely to be true by a large majority. There aren't any week without more evidence confirming what the Elohim said to Rael.

As an example, stories have recently emerged about the fact that native Americans were not only allowed to keep their hair long after enrolling in the military during the Vietnam war, but, as trackers, they were actually required to keep their hair long.
According to these reports, if the recruits were given required military haircuts, they could no longer 'sense' the enemy, they could no longer access a 'sixth sense', their 'intuition' was no longer reliable, they couldn't 'read' subtle signs as well or access subtle extrasensory information.

This report is in perfect agreement with a piece of information given by the Elohim who explain that our hair are like antennae.

Here is an excerpt of what they say about hair:
“The human brain is like a huge transmitter capable of sending out a multitude of very accurate waves and thoughts. In fact telepathy is nothing more than that. But this type of transmitter requires antennae and the hair and beard are these antennae. This is why you should not shave off any hair if you want to make use of your transmitters. You have surely noticed that many of your scientists have long hair, and often a beard. Prophets and other wise people have them too. Now you can understand why.”
They also explain the biblical story of Samson who lost his power after losing his hair. “Samson was able to communicate with us by telepathy thanks to his natural antennae, his hair, and could ask for help during difficult moments. When Delilah cut his hair, he could no longer ask for help but when his hair grew again, he regained his 'strength', that is to say, he could once again ask for our help and we then demolished the temple where he was touching the column”.