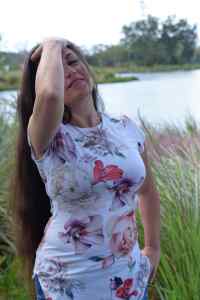 From the veil to gotopless

2007 was one of the landmarks in the chronicle of my life.

On the 1st Sunday of April, not only I officially joined the Raelian Movement, but also, I was honored to be appointed as the National Guide responsible for Iran. The event was a beautiful mini-Seminar (Happiness Academy) in Antalya, Turkey. Besides couple of different nationalities, there were Iranian and Israeli members, united in love and the most peaceful atmosphere ever, that made the experience beyond imagination.

The year also comprised significance in the history of the Raelian Movement. Following a woman was arrested for walking topless in NYC, a hidden embodiment of discrimination was brought to the spotlight. Although the lady was released, since going out topless is legal in the state of New York, but it highlighted a contradictory point with regard to the American Constitution. It turned out that being publicly topless is illegal in many other States and may face arrest. Regardless of the obsolete Judeo-Christian – or Abrahamic religions in general – notion, that indoctrinates shamefulness of the body, this restriction could have made some sense if it included men as well. Whereas the prohibition does not apply to men in those States, hence the law is fundamentally against Equal Rights Amendment of the Constitution.

Accordingly, Rael, the founder and spiritual leader of the Raelian Movement, initiated a campaign to demand equal rights as the US Constitution requires. Today, the campaign is well-known throughout the country and somehow in global aspect.

Going back to my story, in less than a year after I returned back to Iran, with new life-changing responsibilities, a member of our small team received intimidating phone calls regarding our activities. Around the same time, I was arrested by the so-called moral police on the streets of Tehran for the size of my jacket which was shortly above my knees. I was beaten violently for refusing to sit in their van and being arrested. They hurt my knee insofar as I still suffer the issue time-to-time. I complained, with nearly hundred percent certainty that it will get to nowhere, however, the aim was to stay confident that I stood and fought for my basic rights as a human and a woman.

The following year, a series of events related to my role in the Movement and also the chaos in respect of the election in Iran – which can make a great screenplay – led me to flee the country. After facing other dramas in exile and going through Obama’s sneaky ban of refugees on 2011, finally I arrived at the United States. The first year upon my arrival, I offered everything I could in support of the Gotopless Campaign, however, in the backstage. The reason was my heart was still with women’s fight regarding more primary rights in Iran. Accordingly, around the same time, I supported the campaign known by then as My Stealthy Freedom by sending them a photo of myself.

Today, the Iranian campaign, led by Masih Alinezhad – a journalist, formerly in Iran and now in US – continues the activity in the name of the White Wednesdays. The courageous women, in many cases with support of men of their lives, wear white, capture their videos or photos, unveiling in front of cameras, while speaking out and protesting against the dress code in Iran.

Looking back at the two different experiences, despite the level of inequity, I see fundamental similarities. Relatively speaking, it is quite frustrating to find out that in the time of incredible scientific and technological breakthroughs, men’s laws are still imposed on women’s body. It doesn’t really matter if the restriction, and above that, the discrimination, is about covering the nipples or hair, the fact is, there exists a disturbing notion that sexualizes, hence, materializes women’s body in a possessive trend. In other words, there is an exclusive right on women’s body that is not even under their own authorization.

As a matter of fact, even in the Quran of 14 centuries ago, there is only one verse regarding the veil for women in the Arabian culture of the time, which is merely advisory and not even a religious order according to the Arabic grammar. Nevertheless, indeed if prophet Mohammad would return, he may never recognize and confirm the laws that humiliate and disrespect the glory of creation as humanity and women in particular.

There might be an argument that in a world sitting on a ticking bomb that may explode in any moment and wipe-out the entire trace of humanity from the Earth, how would that even matter for women to free their nipples or their hair in the air, while the majority are not even willing to? the answer is: indeed, these two matters are inherently related.

Evaluating through a remarkable perspective, the major reason is resulting rapid dooming of human society could be seen as deficiency of feminine quality. The value which is the source of kindness, compassion, integration and the wellhead of consciousness and love, so to speak. Considering this vital aspect of current global crisis may perfectly elucidate an existing vicious circle; to be clearer, the mentioned deficit results disparagement toward women as the manifestation of femininity, and on the other hand, such a deluded atmosphere downplays the crucial role of feminine quality in order to entail humanity’s perpetuity.

Therefore, any activity in regard to breaking this cycle, not only is not an unnecessary and fancy demand, but it’s vitally important in saving humanity in its entirety.

Iran is pioneer of women’s active role in society among many Muslim countries. Even the Islamic ruling system never prevented women from certain social rights such as voting, driving or going to university. On the contrary, during the past decades, the number of university students statistically comprised more female than male. Moreover, the first political campaign formed during the post-revolution regime was the Women’s Campaign fighting for change or modification of the laws in favor of equal rights between men and women.

In the time that Iran is seriously the main target of the world’s warmongers, and also, the society is decaying from within, I hope the Iranian regime would understand the emergence of a drastic revision in the laws that are dealing with fundamental rights of the people and women in particular. And above that, considering such a great potential, provide the model for other Muslim countries in honoring and putting to work the life-giving feminine qualities in all aspects.

Finally, I dream for a day that the feminine quality would be celebrated throughout the planet. That day would be exactly the time that not only we can be hopeful to save our Humanity but also we may move toward creating a paradise on Earth! 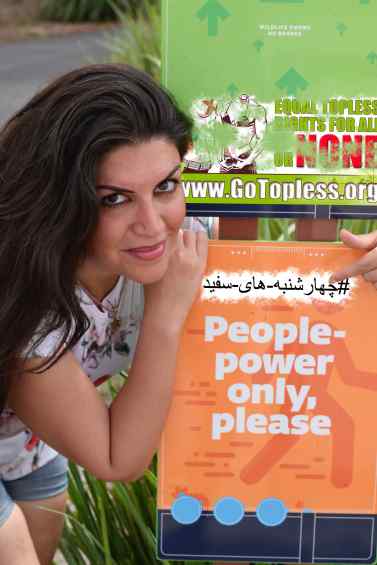