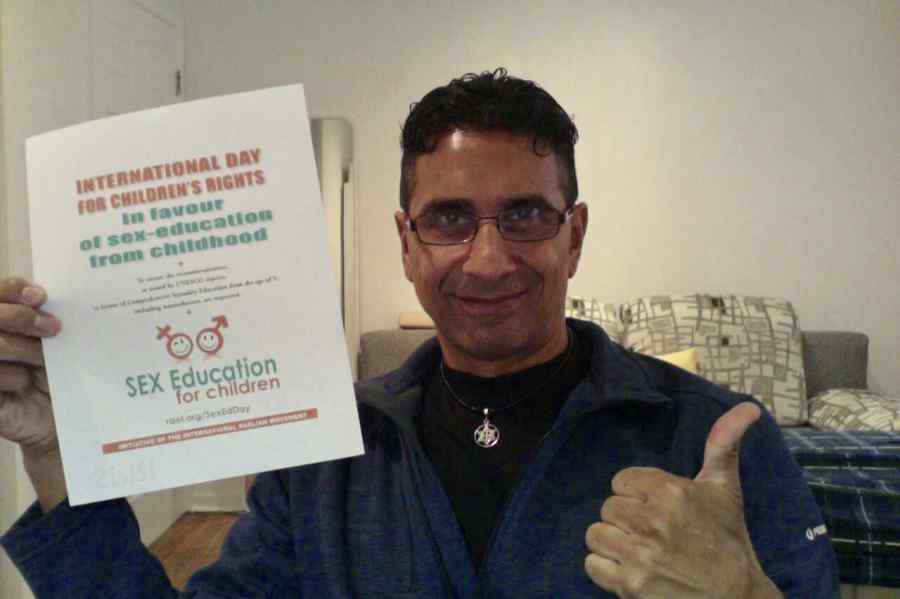 SexEd in the U.S.
By Felix Clairvoyant, Ph.D., Doctor in Sexology, and Raelian Guide
"We're sexual beings from the time we're born until we die, and we need to make sure we understand our sexuality and realize that sex is about more than procreation." – Dr. Joycelyn Elders

This is a great quote by Dr. Joycelyn Elders who was the first African American appointed as Surgeon General of the United States in 1993. She was forced to resign a year later because of her outspoken views about drugs and sexuality, and we can thank the ultra-conservative movement in the U.S. for that. She advocated drug legalization, distributing contraception in public schools, and condoned the idea of teaching schoolchildren to masturbate as a way of avoiding the spread of the AIDS virus. Dr. Elders even publicly criticized the Catholic Church for its opposition to abortion. As the 20th century was coming to an end, she was undoubtedly a controversial figure who was not afraid to speak her mind.

Another controversial figure who has never been afraid to speak his mind and criticize the Catholic Church, or any other traditional religion for that matter, is international spiritual leader and teacher, Rael – founder of the International Raelian Movement (see Raelian Movement), which is arguably the most pro-SexEd and sex-positive religious movement in our modern era. For years now, Rael has been and continues to be very vocal in publicly expressing outrage each time human rights, sexual rights, and freedom of expression are violated. Through social activism*, the International Raelian Movement has always been and will continue to be in the forefront for many years to come when little is done to deal with social crimes and injustices**.

On Nov. 20, 2015, the first annual SexEd Day (sex education day) (see SexEd Day) was introduced by Rael and launched by the International Raelian Movement (IRM). Rael has long advocated the necessity of early sex education for children and young adults in order to eliminate fear, frustration, and taboos, which are factors that not only contribute to sexual repression but also to sexual inequalities, discrimination, and crimes. Children are especially vulnerable when kept in the dark regarding their sexuality. The goal of this annual campaign is also to promote a more holistic approach to sex education that emphasizes pleasure as opposed to procreation. Comprehensive sex education for children and adolescents must be adapted to their age and culture, and must emphasizes pleasure, fulfillment, and well-being as part of any well-structured sexual health programs.

To this end, the annual SexEd Day was also launched to decry this type of censorship and blackmail resulting from pressure by a religious institution. The International Raelian Movement has been calling for the original version of the UNESCO report on sex education to be published again (see Unesco-09) and, once and for all, to respect the views of sex experts who are in a better position to understand the benefits that early sex education for children can provide. In addition, the IRM has also been calling for all governments to implement these fundamental guiding principles. As expressed by Rael, "What a five-year-old should learn is something that must be decided by scientists, not by priests who just want to keep the population under the power of superstitions from the Middle Ages."

Unfortunately, the way sexuality is viewed in the U.S. has not changed much in the nearly 25 years that have passed since Dr. Elders was forced to resign. And today, as we continue to face a social, cultural, and medical revolution in our understanding of human sexuality, even if a wide variety of ways have emerged in the arts, popular culture, and on the Internet for its public expression, our society as a whole still hasn’t recognized that every person—young or old—should have the right to the pursuit of a satisfying sexual life free from political, legal, or religious interference.

Today, the state of sex education in the United States is unique because less than half of the states require schools to teach SexEd. As a result, a lot of information about sexuality is withheld from children and not only does this not contribute to keeping them safe, but it also keeps them ignorant. This is tragic! How could such an advanced society lag behind when it comes to sex education? One obvious answer is religion.

The problem in the U.S. is that there is still no separation of Church and State, and much less a separation of Church and Sex. Our politicians, who have deeply rooted religious convictions and most of whom are uncomfortable with the subject, are often pressured by the powerful Christian lobby to write antiquated laws that reflect what they deem to be “morally” right. This is what makes this country so contentiously divided on the issue of SexEd, why it’s up to the states to decide whether to implement it in schools or not, and what puts sex education all over the map, with no national consensus.

It goes without saying that scientific facts and research studies should always trump religious beliefs and traditions otherwise everything gets censored. Unfortunately, science doesn’t always have the last word and religions continue to play too powerful a role in how sexuality should be viewed, discussed, understood, and expressed. This will have to change soon because the more a given religion will keep negative views about sex, the more it will emphasize shame, guilt, and stigma around it… and this level of ignorance will always lead to lack of tolerance for sexual diversity and to sexual violence.

For many years now, there have only been two approaches to sex education in the United States: comprehensive sex education and abstinence-only sex education. Comprehensive sex education covers abstinence as a choice option, but also informs adolescents about human sexuality, age of consent, and the availability of contraception and techniques to avoid contraction of sexually transmitted infections. Abstinence-only sex education, on the other hand, emphasizes abstinence from sexual activity prior to marriage and rejects methods such as contraception. And despite research showing the ineffectiveness of the abstinence-only-until-marriage programs, and showing that abstinence-only education as a state policy is ineffective in preventing teenage pregnancy and may actually be contributing to the high teenage pregnancy rates in the U.S., the government continues to keep its head in the sand and fund such programs for states that agree to promote abstinence in their school curricula. In other words, states that do not subscribe to abstinence-only education will not receive any funding from the government.

Providing a quality and solid sex education foundation is the only way to ensure that young people will grow into sexually healthy adults, especially when research data shows that the United States ranks first among developed nations in rates of both teenage pregnancy and sexually transmitted diseases, and when statistics show that 95% of all Americans have sex before marriage and about half of all young people begin having sex by age 17. The persistent promotion of abstinence-only education, on the other hand, can only lead to shame, guilt, and an aversion to sexuality. Not to mention that children who don’t have access to quality comprehensive sex education will continue to rely on their peers and on the Internet to access information about sexuality, both of which are not the most effective and trusted ways to get reliable information on human sexuality.

In the big scheme of things, living in a pluralistic society with different and often conflicting values makes it doubtful that any public policy on human sexuality will ever please everyone. Therefore, it is imperative that we find a way to bridge the differences that exist and raise awareness of sexual issues in an impartial and objective manner. It is also crucial to continue to help young people navigate all the choices they face because they have the right to lead sexually healthy lives, and comprehensive sex education is the foundation for helping them to become sexually healthy adults. Additionally, providing a well-structured early sex education recommended by international experts can also help to stop all sex crimes plaguing our society.

Human sexuality has always and will continue to play a major role in everyone's life regardless of whether we are very young or very old, a man or a woman, or where we are from. It is an integral part of what we do and who we are…an integral part of being human. And knowledge, informed practice, and understanding can contribute greatly to our sexual well-being and help everyone become less judgmental of other people’s lifestyles, reproductive decisions, and sexual preferences, and respect and accept people of all sexual orientations and all sexual minorities.