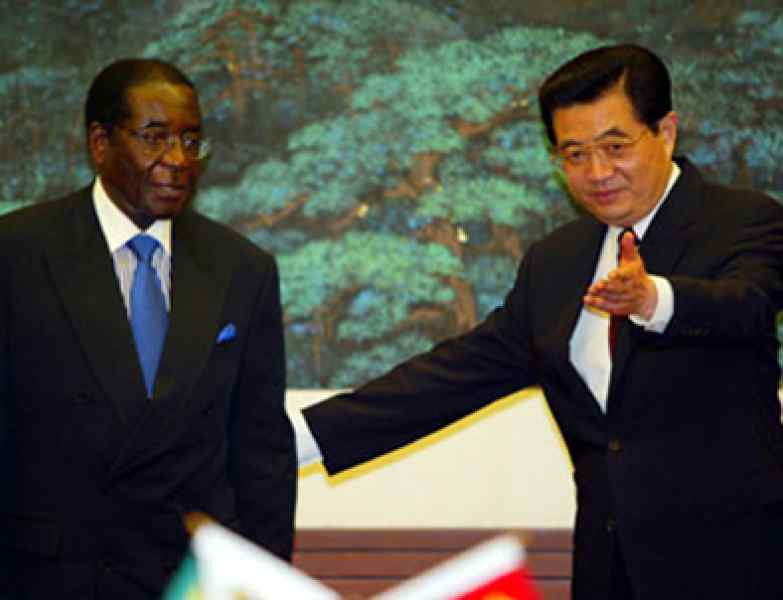 According to published news reports, Yang Jiechi, China’s foreign minister, has asked for the lifting of sanctions against Zimbabwe. He recently visited Harare, Zimbabwe, and said that no country has a right to dictate the internal affairs of another nation.

Rael applauded and commented on the minister’s statement.

“China is absolutely right”, he said. “All African nations should nationalize all companies and lands belonging to ex-colonialist countries or their descendants, and they should do this without paying any compensation. On the contrary, even after nationalization, the ex-colonialist countries should still pay huge reparations to cover the centuries of exploiting and pillaging African resources.”

Rael has long advocated the need for African nations to truly decolonize and choose their own way of development.

He has expressed his support to Zimbabwe President Robert Mugabe several times in the past, saying he is “one of the few world leaders who dare practice a true decolonization,” as Rael has advocated in his numerous addresses to the people of Africa.

Three years ago, Rael encouraged Mugabe to nationalize all goods of the Christian churches in Zimbabwe. He also suggested that Mugabe take the lead in being the first to apostatize and return to the African religions of his country’s martyred ancestors.

Following Zimbabwe’s isolation from the West in 2002, Mugabe favored collaboration with Asian countries, especially China. Such collaboration with countries with non-colonial pasts rather than with former colonial powers was another of Rael’s main recommendations to ex-colonized countries. Developing such ties would reject any lingering form of submission to former colonial authorities. In this way, they could peacefully but forcefully take back what was taken from them.