MONOTHEISM IS RESPONSIBLE FOR THE GREATEST CRIMES AGAINST HUMANITY

THE ONLY SOLUTION FOR TERRORISM IS FOR SCIENCE TO REPLACE RELIGION. 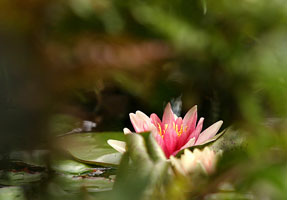 MANHATTAN TRAGEDY: - MONOTHEISM IS RESPONSIBLE FOR THE GREATEST CRIMES AGAINST HUMANITY .THE ONLY SOLUTION FOR TERRORISM IS FOR SCIENCE TO REPLACE RELIGION.


Below is an excerpt of a text written by RAEL, founder of the Raelian Movement and Clonaid, regarding the Manhattan attack:

After the tragedy of the terrorist attack in New York, it is important to understand why such things can happen. It is important to go back to the root of this evil and not just be satisfied with simplified answers which don't disturb anyone, answers that are "politically correct" but will only perpetuate the problem.

Acts of violence and military retribution will not solve the problem but will beget more hatred, more desperate people, and more violence thus creating a truly viscous cycle of terror.

On the one hand, we have mad men in complete mystical delirium flying an airplane against a building filled with people while shouting: "God is Great" and dedicating their crime to Him and, on the other hand, we have people who are praying to this same imaginary God to try to forget the suffering of which they are the victims of.

But the real danger is undoubtedly this belief in an Almighty God who does absolutely nothing either for or against humans... He does nothing to destroy buildings nor does he need people who believe in Him to fly suicide airplanes, and does nothing to stop these suicide airplanes and protect the innocent victims who then pray to Him with the conviction that He is "by their side"...
It has always been this way. Armies on each side of the battlefield have all pretended that "God was with them"...

The truth of the matter is that this belief in a single and Almighty God is the very cause of the greatest tragedies that Humanity has known. From the colonization of Europe by Muslims, through the crusades, the wars of religion, the Inquisition, Nazism, up until today with the wars between Pakistan and India, Cypress, Ireland, Kosovo, the Middle East, everywhere, it's always in the name of an Almighty God that people tear each other to pieces and kill one another.

The root of evil is in this very belief in this God described sometimes cynically as a "merciful and loving God" especially in the writings that we attribute to Him but were always, of course, written by men who, through the Ages, distorted these writings according to their prejudices and own interests.

For instance, the Koran asks Muslims to kill or abduct all those who refuse to become members of their belief. This is the precise and official text given by their "prophet":

So when the sacred months have passed away, then slay the idolaters wherever you find them, and take them captives and besiege them and lie in wait for them in every ambush, then if they repent and keep up prayer and pay the poor-rate, leave their way free to them; surely Allah is Forgiving, Merciful. (Koran, surat IX, 5)

Islam officially encourages racism and discrimination which is contrary to Human Rights and democratic laws:


O you who believe! Do not take the Jews and the Christians for friends; they are friends of each other; and whoever amongst you takes them for a friend, then surely he is one of them; surely Allah does not guide the unjust people. (Koran, surat V, 51)

Finally, also considered against Human Rights and against the right to Democracy, Islam demands that their followers engage in domestic violence using the excuse that men are superior to women!

Here is there official text:
Men are the maintainers of women because Allah has made some of them to excel others and because they spend out of their property; the good women are therefore obedient, guarding the unseen as Allah has guarded; and (as to) those on whose part you fear desertion, admonish them, and leave them alone in the sleeping-places and beat them. (Koran, surat IV, 34)

Is it acceptable for whatever religion to officially encourage three actions that are contrary to Human Rights and to Laws of Democracy: encouraging murder, racial discrimination, and domestic violence?

Surely if a New Age "cult" advocated these same things, its head would most likely be thrown in jail...

Mystico-religious delirium does not give the right to not respect Laws of democratic countries and Human Rights.

The only solution, as I have sought after for more than 20 years, is for all the old and new religious texts from traditional religions and religious minorities to be censored so as to expurgate from them all writings that do not respect Human Rights and Laws of democratic countries or encourage hatred and violence.

But more importantly, such texts must no longer be taught to children! Because the fact is that while the world cries over the victims of Manhattan, there are children who are receiving a religious education that will turn them into the terrorists of tomorrow who will in turn create new strife among different religious schools.

At the dawn of this new era that will make this Earth a paradise thanks to science, it is time to permanently destroy or at least silence, through a firm and rigorous censure, any ideology that encourages hatred and violence.

All the "politically correct" condemnations of terrorism will not change anything if they do not tackle the problem at its very root i.e. eliminate or censure monotheistic religious teachings that always lead to fanaticism.

At the same time, thanks to new technologies, we can seriously expect revolutions in our way of life such as: healing all the diseases and feeding the entire planet thanks to genetics, no longer having to work thanks to nanotechnology and robotics, and even living eternally thanks to cloning. It is inconceivable that retarded beliefs coming from the depth of the Ages continue to make this planet a world of suffering, violence, and darkness as in the Middle Age.

It is time for humans to replace monotheism with Science, which should become our only religion.