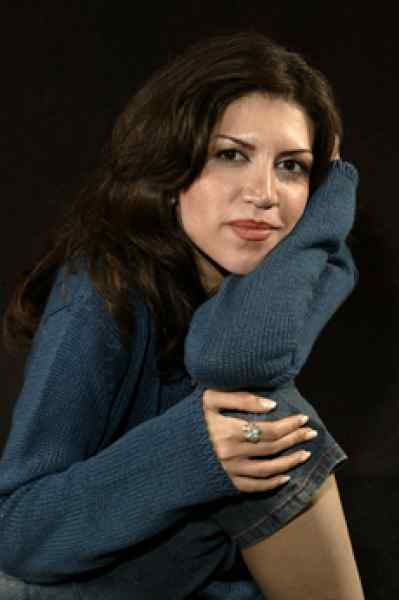 An overwhelming majority (98.3 percent) of the nearly 500,000 people who cast votes in a poll taken by the Turkish daily newspaper Hürriyet said that Raelian leader Negar Azizmoradi, 30, an Iranian woman presently confined to an Istanbul detention center, should not be returned to Iran. The poll results were published in Hürriyet on Monday.

Azizmoradi, head of the Raelian Movement in Iran, was arrested in Turkey after fleeing religious persecution in Iran. Following Movement guidelines, she had publicly declared her Raelian beliefs that there is no god and that all life on Earth, including humans, was created through genetic engineering by extraterrestrial scientists known as the Elohim.

In addition, she had apostasized from Islam. (Formal withdrawal from any birth religion that acknowledges a personal deity is required of all International Raelian Movement members.)

"Public declarations of atheism and apostasy from Islam are punishable by death in Iran," said Brigitte Boisselier, spokesperson for the International Raelian Movement. "Since Negar faces the death sentence if she is sent back to Iran, it's wonderful to see the Turkish people giving such overwhelming support for her asylum request. We deeply hope that the Turkish authorities will listen to their own citizens and release Negar instead of deporting her to Iran.”

In an official statement released in March 2008, the Raelian Movement expressed support for a group of Turkish scholars that had decided to modernize the Hadith (a religious text containing the teachings of the prophet Mohammed).

"Many Islamic scholars say parts of the Hadith deserve a new look, particularly those regarding women and Islam's relation to other religions," Boisselier said. “The Hadith statement that women are of lesser mind and faith than men is deeply shocking, and it's a part of the Hadith that the Turkish scholars are trying to eliminate. Their goal is in perfect tune with modern Turkish society. You can see from the results of the Hürriyet poll that the Turkish people have expressed tremendous support for Negar, a woman who decided to follow a different faith.”

She added: "There is no doubt that if Negar is not sent back to Iran by the Turkish government that this will improve the chances of Turkey to be accepted as member of the European Union, as the main obstacle until recently was the Human Rights respect and the separation of religion and state".

On December 3, Raelians will rally in front of a number of Turkish embassies to express their concern for Azizmoradi's situation and to bring it to the attention of Turkish diplomats.

"We hope Negar will be released as soon as they're fully aware of her situation and that they will put pressure on the Turkish government to release her," Boisselier said. "And we're asking that she be allowed to receive asylum in one of the several countries where Raelians stand ready to help her live her faith peacefully."