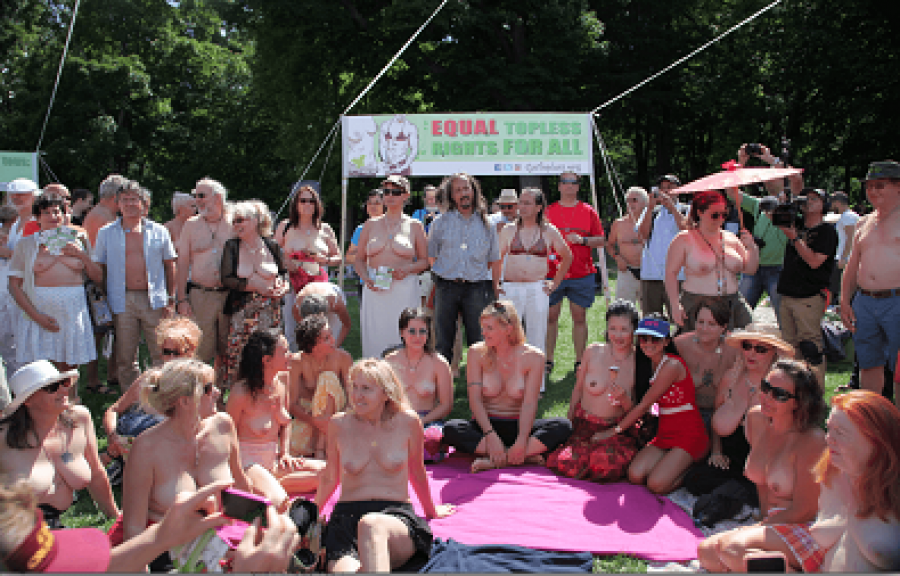 Under the sign of gender equality was held the 8th edition of this international event during which women organize topless protests around the world to claim the right to be topless in public where it is permitted for men. “In Canada, a few hundred women, in five cities, demonstrated topless on Sunday 23 August, in Vancouver, Penticton, Saskatoon, Toronto and Montreal”, reports the GoTopless-Canada organizer, Sylvie Chabot. 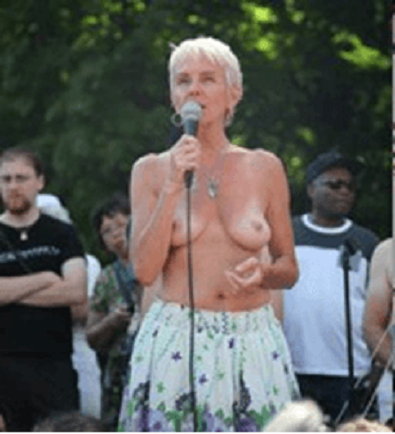 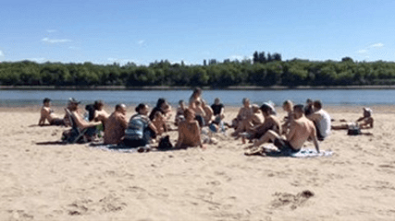 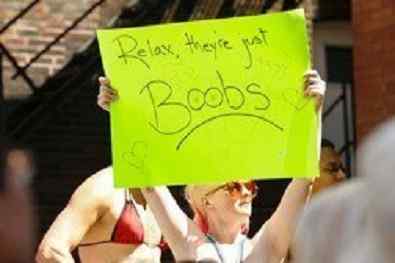 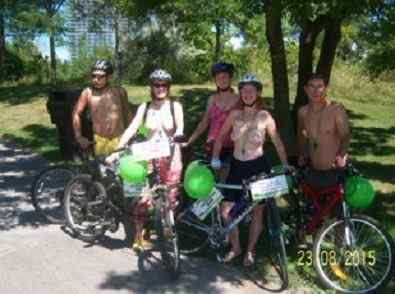 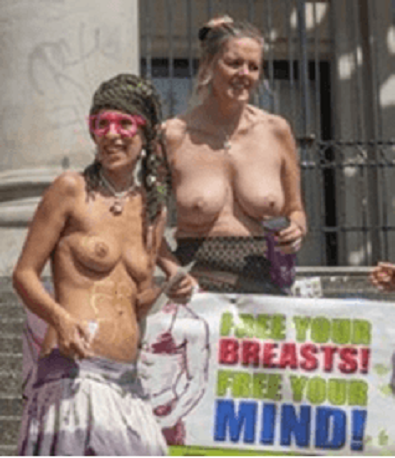 Photo: Steve Pasqualotto, CBC.caIt was a first in Saskatoon, where a group of people ended up topless on River Side beach for the sole purpose of exercising their right.The demonstration in Penticton, British Columbia, had to be cancelled due to large forest fires in the Okanagan Valley, raising a great risk of poisoning for participants, said Gail Owen who was on hand to answer many journalists who attended.

Photo: Jack Boland, Toronto SunIn Toronto, two different groups have held two activities.A march was first organized downtown Toronto where about twenty people firmly claimed the right for women to exercise their freedom.Meanwhile, in a different part of town, another small group of topless men and women went cycling along the Lakeshore in a pretty relaxed atmosphere. 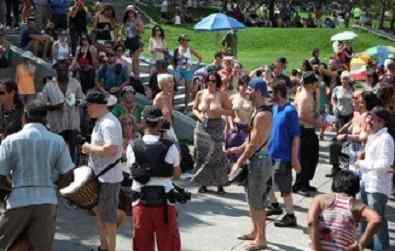 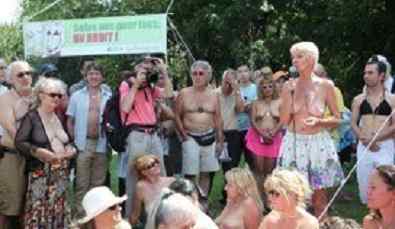 As every year, in Vancouver, a march took place downtown, followed by a speech given by Denise Belisle, the organizer. 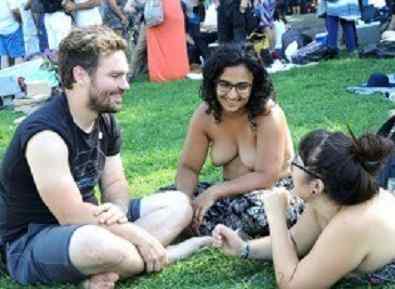 Finally in Montreal, more than a hundred men and women went topless for those who wanted it, enjoying a beautiful sunny day at the foot of Mount Royal, under the sound of "tamtams".Everywhere the claim is the same: “Wherever men can be topless in public, women should have the same right, or else men should also cover their chest.”While in Ontario, British Columbia and Saskatchewan, this right is legally recognized, it is not necessarily accepted to see topless women walking on beaches or in parks. Regularly, women are harassed, humiliated or even arrested for enjoying the beautiful summer days topless, hence the need to continue our events and our demands, not just one day a year, but all the time.

Photo: Marie-Christine Trottier, Journal 24 Heures“If we want to create a world of peace, such violence should stop, we need to leave women alone and let them sunbath topless when they wish to do so”, concluded Sylvie Chabot.See you next year! gotopless.org