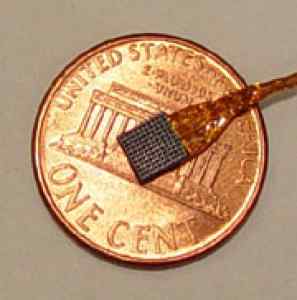 Society catching up with the Elohim's technology.

The books of the Prophet Rael have been telling us for more than 30 years about the technologies that we will develop in less than a generation's time. At the time of their publication, they were considered as science fiction and laughed at by scientists. One of the most attractive sciences described in His books was the capacity to use one's thoughts to direct matter. As an example, He described His capacity to generate music while wearing a helmet on the Elohim's planet (see downloadable book).
Last week, an article was published about bio-signal interfacing as a mode of interaction with musical systems, developed by the Future Music Lab at the University of Plymouth, England. One of the projects the team is working on is a "brain cap" that can detect and recognize musical ideas in the minds of composers.