We have to stand up against hatred 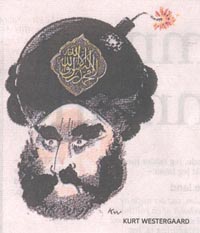 We received the following email which is definitely worth reading… Rael's comments follow.

"A man whose family was German aristocracy prior to World War Two owned a number of large industries and estates. When asked how many German people were true Nazis, the answer he gave can guide our attitude towards fanaticism.
"Very few people were true Nazis "he said," but many enjoyed the return of German pride, and many more were too busy to care. I was one of those who just thought the Nazis were a bunch of fools. So, the majority just sat back and let it all happen. Then, before we knew it, they owned us, and we had lost control, and the end of the world had come. My family lost everything. I ended up in a concentration camp and the Allies destroyed my factories."
We are told again and again by "experts" and "talking heads" that Islam is the religion of peace, and that the vast majority of Muslims just want to live in peace.

Although this unqualified assertion may be true, it is entirely irrelevant. It is meaningless fluff, meant to make us feel better, and meant to somehow diminish the specter of fanatics rampaging across the globe in the name of Islam. The fact is that the fanatics rule Islam at this moment in history.

The hard quantifiable fact is that the "peaceful majority", the "silent majority" is cowed and extraneous.
Communist Russia comprised Russians who just wanted to live in peace, yet the Russian Communists were responsible for the murder of about 20 million people. The peaceful majority were irrelevant.
China's huge population, it was peaceful as well, but Chinese Communists managed to kill a staggering 70 million people.
The average Japanese individual prior to World War 2 was not a warmongering sadist. Yet, Japan murdered and slaughtered its way across South East Asia in an orgy of killing that included the systematic murder of 12 million Chinese civilians; most killed by sword, shovel and bayonet.
And, who can forget Rwanda, which collapsed into butchery. Could it not be said that the majority of Rwandans were "peace loving"?
History lessons are often incredibly simple and blunt, yet for all our powers of reason we often miss the most basic and uncomplicated of points: Peace-loving Muslims have been made irrelevant by their silence.
Peace-loving Muslims will become our enemy if they don't speak up, because like my friend from Germany, they will awake one day and find that the fanatics own them, and the end of their world will have begun.
Peace-loving Germans, Japanese, Chinese, Russians, Rwandans, Serbs Afghans, Iraqis, Palestinians, Somalis, Nigerians, Algerians, and many others have died because the peaceful majority did not speak up until it was too late.
As for us who watch it all unfold; we must pay attention to the only group that counts; the fanatics who threaten our way of life.
Lastly, at the risk of offending, anyone who doubts that the issue is serious and just deletes this email without sending it on, can contribute to the passiveness that allows the problems to expand.
So, extend yourself a bit and send this on and on and on!! Let us hope that thousands, world wide, read this - think about it - and send it on. "

Rael made the following comments:

“This applies also to the people who don’t move a finger when fanatics against religious freedom attack religious minorities which they called "sects" or "cults" ... It is the responsibility of every human being to stand up against fanaticism and hatred and not to just look at it thinking that it is not so bad...That applies especially when journalists dare to attack religious minorities they call "sects" and the dignity of their members.
Real human beings must stand up and say "NO, you can’t do that" ... It takes courage to stand up yes...but it’s the only way not to bare later a collective responsibility while saying "we didn’t know"... A great thinker said it right when he declared: I don’t agree with your opinion and belief but I will fight till the end for your freedom to express them".
So, before forwarding this message to all your friends ask yourself THE question : are you sitting while crime against human rights are prepared and perpetrated, laughing stupidly at the strange belief of these strange cults and thinking '"in a way they deserve to be insulted because their beliefs are strange " or do you stand up before it’s too late ?.”