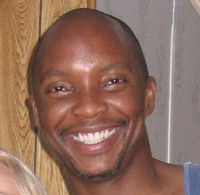 I took a long look into some historical facts to try and gain some measure of understanding with regards to this overwhelming obsession with homosexuality and Christian fundamentalists. What I found was indeed very interesting. The King James Version of the bible reads: Leviticus 18:22 “Thou shalt not lie with mankind, as with womankind: it is abomination.” The New International Version (NIV), and currently the most popular English translation of the Bible reads; Leviticus 18:22 “Do not lie with a man as one lies with a woman; that is detestable.” The inconsistent translations go on and on, all the while no clear recollection is evident. However, the motives seem to find some clarity along the way. This all seems to be about control, power and a serious lack of consciousness. What I find most telling is, according to any translation found; homosexual behavior (not homosexuals) is the detestable part of humanity. OK, huh? That’s like saying murderous behavior is wrong and not the murderer themselves. It absolutely makes no sense whatsoever.
Further digging led me to even more interesting factoids. The bible, whichever version, describes three very close relationships between two people of the same gender. These relationships have been interpreted by many to have progressed beyond casual friendships into sexual entanglements of some sort. Ruth and Naomi, David and Jonathan, and Daniel and Ashpenaz have all been targeted by religious liberals to have been involved in homosexual dalliances or serious acts of love. Christian conservatives have vehemently denied any type of homosexual affiliations between these couples and have been defending them as merely close friendships. Whichever the case, there has been, with a doubt, controversy about same-sex relationships for some time now. No one can deny it!
The headlines continue to be saturated with stories of staunch Christian conservatives flaunting their opposition towards same-sex rights, even as their mug shots grace the tabloids fresh from bathroom stalls and hotel rooms with the sweat of homosexual encounters dried to their clothing and skin. Hmm… interesting!!!
What I would like to propose to rep. Sally Kern, as well as anyone else challenging the validity of human love, especially same-sex love; is to examine their obsession. Again, what is the big deal? How does homosexuality destroy the fabric of humanity? Where in the bible does this exist beyond mere words? Maybe those that want to protect these words written during more primitive times should actually live their lives as if they were back in those times. These were times of no electricity, no cars, no convenience food items, no luxurious showers, no technology of today, and during a time when genocide was committed all in the name of “God.” Ancient society would have surely punished Ms. Kern for her open views of human nature. Does she really want to relive those times? I think not. Maybe it’s time for her and those that continue to be “haunted” by homosexuals to realize that humanity has and will continue to grow with consciousness and love. These are the two most important things, according to the very wise Prophet of our time right now, Rael. With consciousness and love, we no longer need to think as our ancestors did. We need to live right here and right now. There’s no turning back. Those times have been lived.
So… what’s the big deal Sally?
Tony Perry
Responsible for the US Raelian Gay and Lesbian association
See also www.raeliangay.org