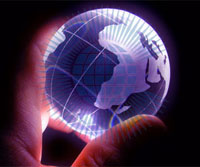 Recently posted in the respected journal Science, top environmental scientists and economists are warning more than ever that "Human-made Crises are outrunning our ability to deal with them". These researchers cited “Energy, food and water crises, climate disruption, declining fisheries, ocean acidification, emerging diseases and increasing antibiotic resistance are examples of serious, intertwined global-scale challenges spawned by the accelerating scale of human activity”.
They went on to say that nations alone are unable to resolve the sorts of planet-wide challenges now arising.
Rael declared: "This is the proof that the need for a world government is stronger than ever and is in fact the only way to save Humanity. Not only to save it from "climate changes, high sea fisheries and antibiotic resistance" as they said, but from the most dangerous man-made hazard: weapons of mass destruction and military people. As well as another danger they do not talk about and which may be the worst: overpopulation and those pushing for it: primitive religions like the Catholic church and speeches by the pope asking people not to use birth control and abortion and making as many children as possible. In fact these primitive religions are prisoners of their own "holy books" which ask men to have as many children as possible. And as it is a "word of god" it cannot be changed by the pope... So they will never change and even if we are dying from overpopulation with 2 layers of human beings on Earth, they cannot say the opposite because "god asked humanity to multiply"... So, the only solution is to promote apostasy and to make religious books asking to have as many babies as possible illegal".
Now, more than ever, science is demonstrating that what the Elohim told Rael 35 years ago is indeed happening. They also warned that we do not have forever to decide to do something about these things.
Search Raelianews
News Categories
Other News
‹ ›