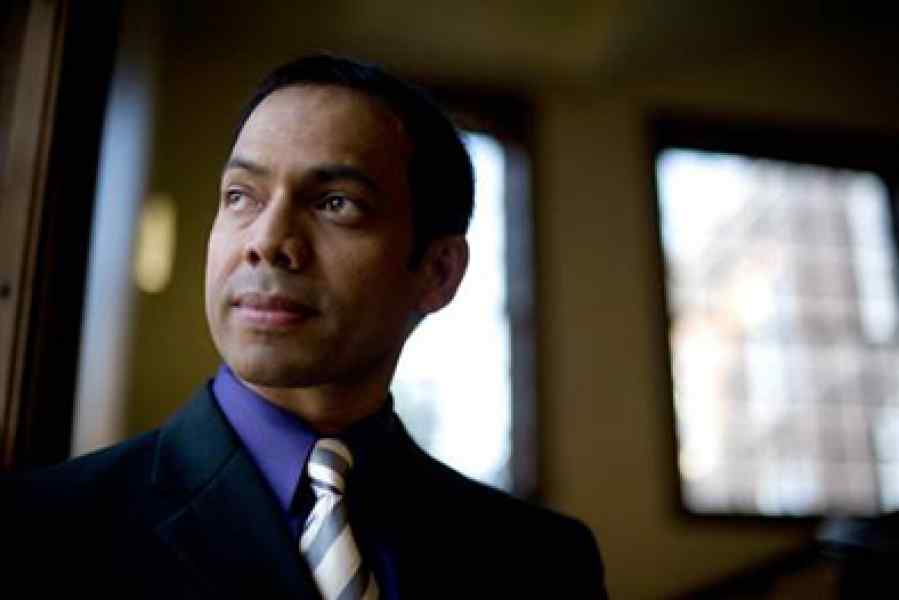 Rael has just awarded the Raelian title of "Honorary Guide of Humanity" to Rais Bhuiyan, a Muslim man originally from Bangladesh, living in Texas, who was shot in the face by another Texas man, Mark Stroman, just after 9/11 in what is termed a "Hate Crime". In that act, Stroman also killed two Asian-Americans and left Rais blinded in one eye. Stroman awaits execution.

Rais, however, is petitioning to save the life of the killer who attacked him. He has also enlisted the support of the families of the other two men who were killed. He is putting all he has into this life saving action. He has even started an organization in hopes of stopping all Capital Punishment. http://worldwithouthate.org/

Ricky Roehr, spokesperson for the Raelian Movement said "Through love, Rais has turned his personal tragedy into his triumph. And in his mind, he has indeed triumphed. He feels free from hate and revenge by applying love and compassion. It is quite inspiring to see him trying to save others from their eternal misery of hate and intolerance - like those in Texas who have all but put in an express lane when it comes to execution. He is setting more of an example of what Jesus would do than State of Texas whose citizens claim to be devoutly Christian."

Texas is well known for its many executions. Several people, in fact, were proven innocent after their execution. Of the approximately 1200 executions in the US in the last 35 years, approximately 420 have been in Texas.

The Raelian philosophy states that nothing can justify the killing of one human being and that murderers like Stroman are ill people who need to be treated.

Roehr added "Rais' dedication to this effort is deeply moving and we hope Texas and the entire US will take a serious look at his humanitarianism. This supposed "Christian Nation" is one of the few countries on Earth which still carry out this barbaric practice. Whether innocent or guilty, do Christians really believe Jesus would approve? And if they do, then they must therefore admit that Christianity is a violent religion - which is exactly what they claim Islam to be."

Raelians claim that while there are indeed some beautiful teachings in the Koran and the Bible, there are many more which are very dangerous as they encourage violence and intolerance. Raelians have been campaigning for many years to have all references to violence completely banned from any religious texts, especially the ancient ones that have been highly distorted through centuries and that have lost the original love and compassion taught by all the Prophets. The Raelian scriptures explain that Rael is the last in a long succession of Prophets like Jesus who were sent by the Elohim of the Bible and that the Elohim are not God, but rather an advanced race of human beings who came from another planet many thousands of years ago.