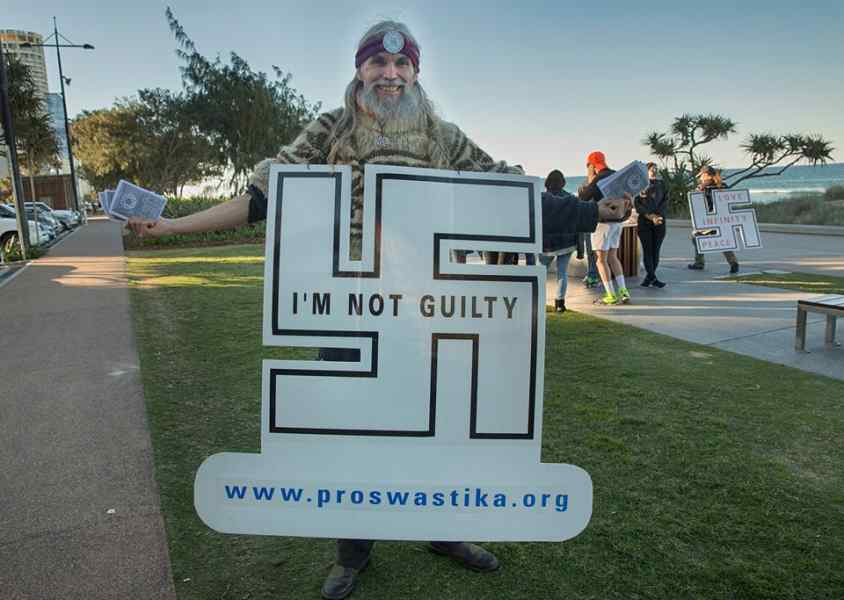 For more than 5 years now Raelians have teamed up with Buddhists and Jainists to remind the public that the swastika is not a symbol of hate but rather a symbol of peace. On June 25, hundreds gathered in different cities worldwide including in Tel Aviv, to rehabilitate the oldest religious symbol that is the swastika ( see proswastika.org).

A Long Island senator tried to bar us; when reminded of the first amendment, he declared that they were limits to this amendment. There can't be limits to our religious freedom Mr Kaminsky.

Here after a letter sent by Thomas Kaenzig, Raelian Guide and leader of the ProSwastika alliance in answer to an article referring to Mr Kalinsky derogatory attempts :
http://liherald.com/stories/Five-Towns-Letters-to-the-Editor,81046?

Swastika education, not a ban, is what’s needed

Regarding the proposed legislation of State Sen. Todd Kaminsky (“Battling a symbol of hate,” June 9-15), it would be an unacceptable infringement on freedom of speech and freedom of religion, both being protected by the constitution.

There are millions of people in the U.S. for whom the swastika is a sacred symbol. Not just for Raelians, for whom it represents infinity in time, but also for Hindus, Buddhists and Jains. Banning the display of a religious symbol is like banning a religion, an affront not only to the members of that religion but to a free and open society in general.

While our sympathies, of course, go out to those who suffered under the horrors of the Nazi regime, we should not forget that the Nazis abused a symbol that had existed for thousands of years and had only positive connotations throughout the world, meaning good luck and well-being, among other things.

By still associating the swastika with the Nazi regime, one only gives credit to them for it, probably the last thing the descendants of those who were murdered by the Nazis would want.

Last but not least, it’s important to remind people that the swastika has been a Jewish symbol, too, for a very long time, and can actually be found on various synagogues, like one in Verona, Italy, as well as in many sites around Israel, including the Second Temple, one of the holiest sites for the Jewish people.

Nobody in Israel has requested that those symbols be removed. Why would the public display of swastikas be even more of an issue in New York?
As always, education is the solution, not banning. That’s what Swastika Rehabilitation Day, June 25, is about.

Thomas Kaenzig
Raelian guide and president of the ProSwastika Alliance 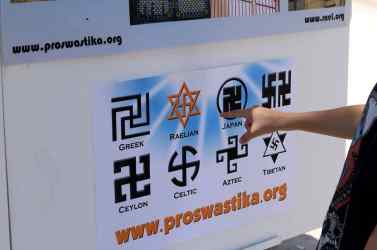 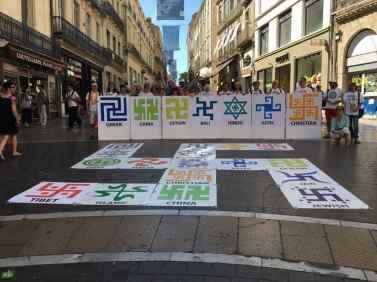