African American should be banned from vocabulary 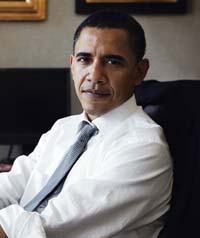 The following open letter objecting to media use of the term “African-American” was sent today to Sen. Barack Obama, the presumptive Democratic presidential candidate.

First, congratulations on your candidacy! I am hopeful that you will win the election and make much-needed changes in American policy, both domestically and abroad.

It is for that very reason that I write to you, since you are in a position to greatly influence public discourse as well as policy, each affecting the other.

I’ll come straight to the point:

Concerning the way the media refer to you and other black Americans, I respectfully ask how you, as an American, can accept being called an African-American by members of the press. In a country that claims to be fighting racial discrimination, this reference is all too common and should be forbidden. In discussing white Americans, no media representative would dare refer to them as “European Americans,” so why call black Americans “African Americans?”

Surely you agree that the explicit reference to ancestral continent of origin is inherently racist, since no white American is ever described that way. It’s as though many in the media consider white Americans to be the only real Americans, with no need to mention their continent of ancestral origin, yet at the same time deem black Americans to be somehow less American and therefore find it necessary to mention it.


This appellation designating continental origin of ancestors shouldn’t be used anymore, and all black American organizations should either condemn it or force the media to provide fair and equal treatment by referring to white citizens as “European Americans.”

Recent scientific publications even showed that many ‘European Americans’ have a high percentage of genes coming from African ancestors. Jim Watson who had a very racist attitude lately was found himself having up to 9% of such genes.

Since words – especially those used by respected media sources – unobtrusively help to maintain, undermine or revise public attitudes, I urge you to publicly object to further use of the term “African-American” by the media, and to sponsor legislation outlawing use of this wording in textbooks, government documents and elsewhere.

Again, I send you my heartfelt congratulations, and I look forward to your reply.