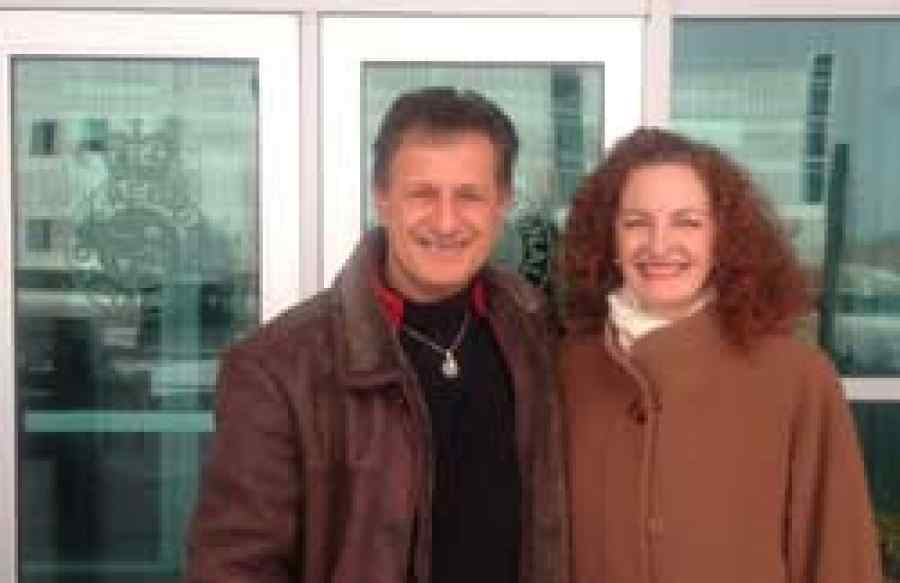 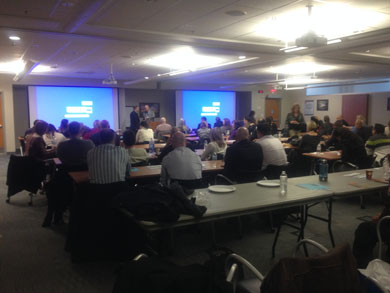 December 11, Aurora, Ontario. Abbee Corb, PhD in Criminology and Hate Crime from the city of Newmarket Hate Crime Unit, invited Raelian representatives from Toronto to participate to a workshop offered to a larger unit of 65 police officers (for a full day of training) on World religions. York Region is considered to be the most diversified region in the entire country and for the second time, the Raelian philosophy was on center stage to educate the officers about the Raelian symbol and much more.

Recently, the region experienced events that were perceived at first as hate crimes events but when these events were investigated, they found that they were rituals based on religious practices. When people immigrate to a new country, they bring along their cultural and religious practices and it made sense that those who are policing the region should know about them.

Then a video on the Rehabilitation of the Swastika was presented. The swastika is often misunderstood and this was a big eye opener and provided a new and fresh perspective about the symbol to these police officers. The swastika is often used in Indian culture to purify locations. One officer shared this story: “An Indian family was moving into their new house and prior to moving the night before, they drew a big swastika into their living room windows to ensure their home was pure for moving in. Their neighbours, a Jewish family seeing the swastika feared the worst, called the police thinking that they were victims of anti-Semitism. When the police officers visited both families, they quickly realized, the same symbol meant two different things to both families. They explained this to both families and all was well.”

Education is everything! York Region is a great model for the world to follow in educating their law enforcement teams in better understanding cultural diversity. As more world cities are faced with similar changes in demographics, it will become more and more important to educate our populations in understanding others’ culture.
One of the presenters spoke on world religions, another was a Muslim representative who spoke about what they are doing to modify the Sharia to meet Canadian laws. Then a lawyer presented on the legal perspectives when the religious practices go beyond the law and Patrick Rhein and Diane Brisebois presented on the Raelian philosophy.

Patrick Rhein, who is in charge of the Toronto raelian chapter introduced the goals of the Raelian Movement. Then Diane Brisebois spoke about the Raelian values, their rituals and celebrations. When she spoke about the Raelian marriage stating that people (homosexual, transsexual, heterosexual) could marry for whatever period they wanted, officers laughed with approval and had lots of great questions. How do you officialise your marriages? How do people decide what kind of relationships they want to have? How do you celebrate divorces? Do you mean to say that Raelians have separations and divorces that do not involved police officers? What do you do if your partner doesn’t want to let you go? At some point, even one officer said “How does one become a member?”