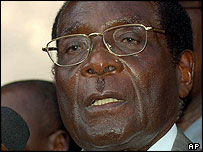 Rael’s mission takes different shade depending on what continent he is focusing on. While from the start, Rael has asked Raelians to stay out of politics, giving their support to those who are in favor of Geniocracy, once they happen, but he made it clear that our mission of information and of promoting love and absolute non-violence is already quite enough… except in Africa. Africa has been a tortured continent, under colonization for so long and depleted from its ground and human resources. Our Creators have given Rael an obviously different task regarding this continent and this was revealed 3 years ago when in Ghana, he encouraged African Raelians to be involved in politics. Already several of them are at the highest levels of the administration in some countries. 2 years ago in Brazzaville he called for the creation of the United Kingdom of Kama, Kama being the original name of Africa as Africa was a name given by the colonizers to the continent… Kama refers to the black coloring of the inhabitants, a color they should be proud of, a culture they should be proud of and defend! We will keep you posted regularly on the different actions of the Kama Raelians to have the Kings of the continent meet soon to organize the UK of Kama…
Amongst the highly criticized figures in Africa is one that Rael has supported all along as he is by far the one who has decided to defend the African culture and rights against the colonizers the most, I am talking about President Mugabe.
Recently President Mugabe decided to create a new radio station in order to counter the Western media that are, according to them, organizing propaganda against him. “We are under siege, bombarded by western media programs” has denounced the minister of Information, Sikhanyiso Ndlovu.

Rael made the following comments regarding this action:

This is another admirable decision of Robert Mugabe. ...
It is about time that African people stop being intoxicated by the media of the old colonizers who are still acting with their imperialist manners trying to prevent, with their propaganda, the real decolonization that still needs to be done : religious, cultural and economical. The creation of African radios and later of a network of televisions via a pan African satellite, a kind of CNN in Kama, which could be called KNN (Kama News Network) will permit to finally destroy the media domination of the old colonizers. They will be able to explain that to take the land from the descendants of the colonizers in order to give them to the poor African farmers is not being racist but it is rending social justice. The descendants of the colonizers wouldn’t be the owners of hundreds of thousand of acres if their ancestors hadn’t taken them illegally, using their force. Mugabe never said to the white people to go out of the country. He just took back what their ancestors had stolen so that he can redistribute it to the descendants of those who had their land stolen. The descendants of the colonizers were free to stay and work as the other ones. … but they wanted to keep the privilege they received from their ancestor’s pillage and western powers wanted it too, so that the wealth of Africa as well as the power that goes with it, can stay exclusively in the hands of the descendants of the colonizers so that they can keep on doing their politics of imperialists with these false Africans as accomplices – false Africans as they felt like African only when they owned something; once they had lost their privileges, they left to live in another country; so much for their supposed love of the country—If they had felt like real Zimbabweans they would have accepted to stay and still contribute to the economy of the country, in an equal manner with the black population. Instead of doing that, they preferred to get out of the country as for them it was better to go rather than not being the masters anymore…
For a few days also archbishop Pius Ncube has been calling for Zimbabwe people to revolt against their president. Upon hearing these anti-Mugabe declarations, RAEl reminded us that the colonisers’ religion has absolutely no right to dabble in the internal politics of Zimbabwe. And he calls upon the people themselves to apostatize ‘en masse’, including Mugabe himself as an example of how to spiritually decolonize themselves and return back to the traditional
ancestral religions of Africa. Any Zimbabwean who is also a Christian is a traitor to the memory of his ancestors who were converted to Christianity by force and violence, Their ancestors are watching them from the sky and cannot rest in peace until they abandon the religion of their oppressors and return back to their spiritual African roots by debaptizing themselves through the act of apostasy.

RAEL also reminds them that every African in general and particularly every Zimbabwean should immediately apostatize from the Christian religions in order to spiritually decolonize themselves, and support Mugabe, the hero of the real decolonization who nationalized and
returned the land stolen by the colonizers back to the poor, just as the other hero Chavez of South America is nationalizing the oil resources and disengaging from the world bank. At long last, the poor countries are beginning to truly decolonize themselves economically, by turning the tables and replacing the so called third-world debt with another much larger debt
that these ex-colonial powers owe to the third world countries themselves. These ex-colonial powers owe particularly large amounts to Africa, in fact ten times the so called third-world debt, for having pillages its resources through colonization and its people through slavery.

To support Mugabe means to support a real decolonization which cannot limit itself to just economics or politics, but which above all, must be cultural and spiritual.

RAEL encourages Robert Mugabe to nationalize all the goods of the Christian churches and take the lead by being the first to apostatize and return back to the African religions of their martyr ancestors and quit wearing suits and ties, the clothes of their ex-colonizers and replace them by their traditional African costumes. Because clothing is also an expression of submission to a colonial authority

RAEL therefore calls upon all Africans, in particular those from Zimbabwe and His Excellency the President Robert Mugabe to debaptize themselves ‘en masse’ by filling out an act of apostasy and returning back to the religion of their ancestors so that these can finally rest in peace in the paradise from where they are watching them.