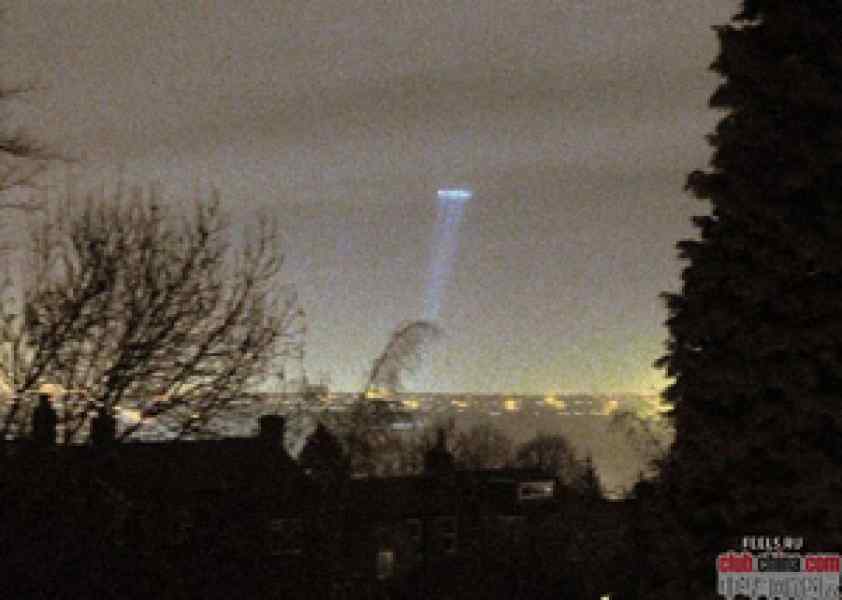 “These UFO's are the vessels used by the Elohim, our creators from space who were described in all ancient Chinese traditions, and who a long time ago had children with the Chinese,” Rael said. “That's why the Chinese call themselves ‘children from the sky.’

He added that the Elohim wish to have an embassy built to officially welcome them back to Earth and they would like it to be build in China.

“China is the most important country on Earth, not only because it has the biggest population but also because its culture and civilization have always been the most scientifically and spiritually advanced,” Rael explained. “Thanks to this culture, China was almost totally preserved from the damage of primitive religions like Christianity and from other monotheistic, superstitious values. Instead, China has developed a very scientific and philosophically advanced society without the guilt caused by Christianity, especially Catholicism, and particularly thanks to the influence of Lao Tzu and Confucius, two of the greatest thinkers of history of humanity.

The Raelian leader went on to comment that China also has a government that is “politically closest” to that recommended in Messages given him by the Elohim, especially China’s one-child policy for controlling overpopulation. “Communism, when applied with intelligence, is the best way to have a harmonious society,” he added.

To illustrate, he pointed out that in China right now, capitalism is partially accepted on a provisional basis to reward those who are making the society evolve faster for the good of the entire population.

“What’s more,” he said, “China while at the same time becoming the most powerful nation on earth, has avoided and continues to avoid any form of colonialism.”

He explained that China could have colonized all of Asia long ago, along with Australia and beyond, since it was the first country to explore and circumnavigate the world long before Europeans did.

“But the traditional wisdom of China restrains it from colonizing other populations and perpetrating genocides as the Europeans did,” Rael said. “Even with what will soon be the biggest and most powerful army in the world, China doesn’t have military bases around the world to dominate others, unlike the United States, which has 180 bases worldwide to guarantee world domination.”

He said that for all these reasons, the Elohim wish to have the embassy where they will land officially built in China.

“To generate interest in this project, the Elohim are launching a huge campaign of apparitions all over China so the Chinese will read the messages I have brought to humanity,”Rael said. “And it’s also to urge the Chinese government to accept the building of the Elohim Embassy in China, although the government’s first reaction to appease the population will be to offer so-called rational explanations for these UFO appearances, like saying they are merely meteorological events or military tests or visual illusions.”

He added, “The truth is that more and more UFOs will be seen all over China and the authorities will soon have to recognize that they are real UFOs.”