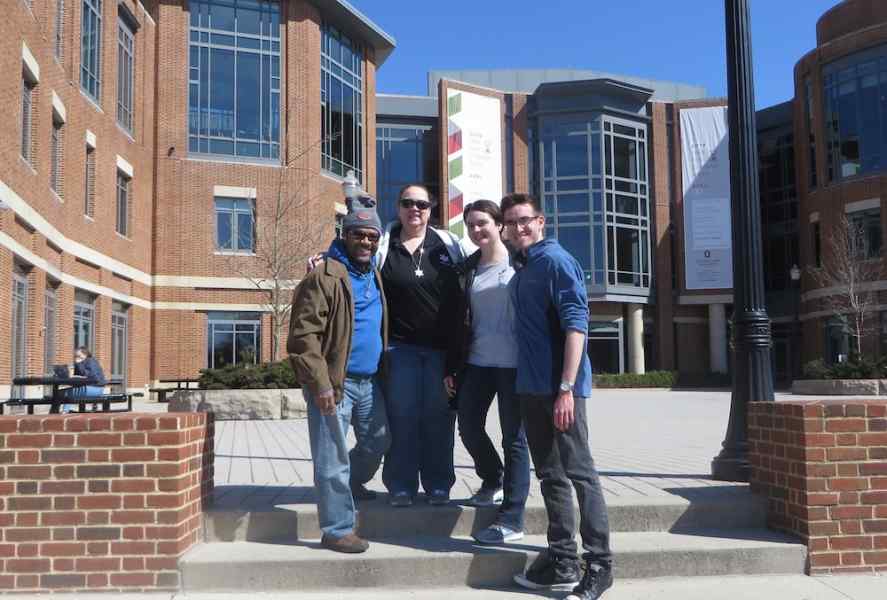 On Thursday, March 22, representatives of the International Raelian Movement visited the Ohio State University campus in Columbus, Ohio at the invitation of a progressive on-campus student group. Larry Abdullah and Mary Sundock, both representatives of the Raelian Movement in the Midwestern United States, traveled to the University at the request of the Undergraduate Religious Studies Club.
They presented a lecture to a group of about 30 students, staff, and organizing members of the on-campus Club who had scheduled the event as a part of their ongoing study of diverse religious organizations, philosophies, and ideologies. The event took place at the William Oxley Thompson Library located in the center of the expansive campus.
Following the presentation that covered the history, origin, and philosophical principles of the Raelian Organization; Mary and Larry spent the rest of the allotted time answering questions from the attendees who appeared genuinely interested to learn more and become more familiar with our revolutionary organization.
On the photo: Larry and Mary, with event organizers, Jordan Baggs and Corey Resweber in front of campus Student Union (Malini Srikrishna, not pictured)


This news item is from Raelianews
https://raelnews.org/midwest-raelians-present-lecture-at-ohio-state-university.html