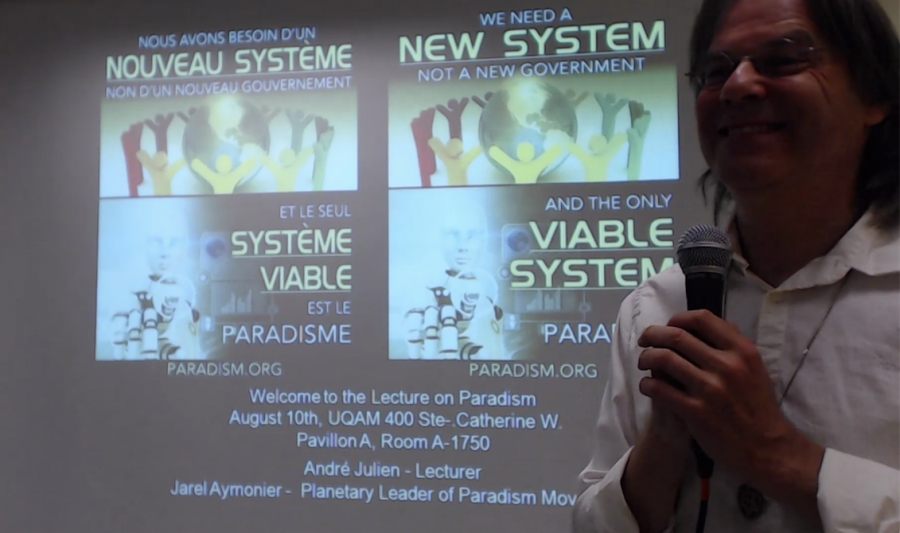 For the first time in its short history, the World Social Forum (WSF) was held in a “northern” country. The WSF was born in 2001 in Brazil and it aims to bring together citizens and social organizations, through forums, in order to find alternatives to the neoliberal economic model that is now enslaving the human being. For the 2016 edition, held in Montreal, 1000 organizations were represented, with members from 120 countries.


"Since its founding, the Raelian Movement (www.rael.org) offers practical solutions to the problems faced by our humanity and the WSF represented a great platform for presenting solutions with the campaigns Paradism, No More Armies and 1min4peace (See links below)", explained André Julien, coordinator of this project. 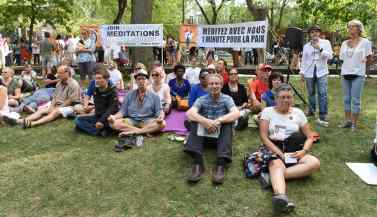 Stephane Salois, 1min4peace person in charge for Canada, continued: "Just before participating to the WSF opening march on Tuesday, August 9, in the middle of a monster rally at Lafontaine Park, we invited participants to an initiation to meditation, making them realize that this simple action could have very tangible repercussions for building world peace." 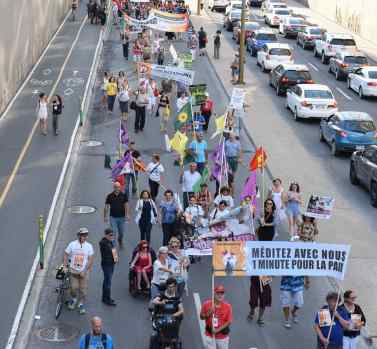 The motto of the WSF "Another world is possible" might as well be that of the Raelians who joined the thousands of participants, with their banners very well in sight during a peaceful march through downtown Montreal streets.


During the WSF, a conference for each of the themes was held, namely: a conference on Paradism at UQAM, another on 1min4peace at McGill University and a last one on No More Armies at the Monument National building.

For the duration of the WSF, No More Armies held a booth at UQAM. The team invited people to sign a petition for non-complicity to wars, so that Canadian taxes are no longer invested in the military industry. Nearly 300 people have signed the petition. 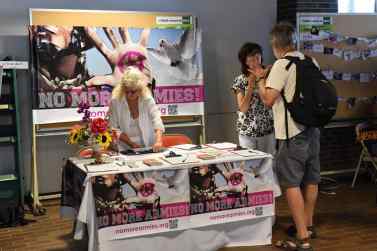 Raelians have always been at the forefront of social change and their presence at the WSF has shown once again their determination to use every opportunity to raise awareness and encourage people to take concrete action, because if "another world is possible" it will only be through the involvement of all!


This news item is from Raelianews
https://raelnews.org/another-world-is-possible.html