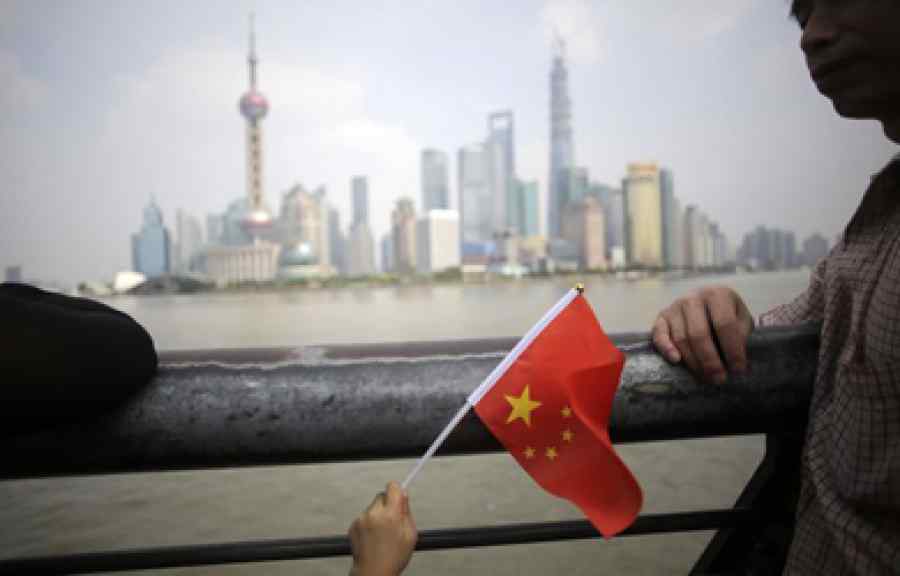 The official news agency of China, Xinhua news agency, called the US a civilian slayer, prisoner torturer and meddler in others' affairs in a recent editorial. For the Chinese news agency while US politicians are unable to “bring normality to the body politic they brag about, it is perhaps a good time for the befuddled world to start considering building a de-Americanised world”.
Rael commented
“I totally support this de-Americanization. China should lead a movement of the ex-victims of Euro-American colonialism and imperialism. It should create an alliance with all past victims. An alliance regrouping China, India, and Russia with all Arabic, African and Latin American countries would be impossible to attack by the Euro-American imperialists masquerading behind NATO (as they usually do when any country dares to question their domination). It's time for the descendants of the colonialist, enslaver criminals to really pay for their past crimes.

This alliance of ex-colonies should be both military and economic, and it should refuse to recognize the authority of the International Court of "Justice," which is another puppet of the West. The new organization would replace the puppet United Nations, and its first action should be to declare all past colonizations crimes against humanity. It should then ask the guilty nations to pay huge damages to the ex-colonies, damages totaling at least the equivalent of the amount that which was pillaged from them, plus interest for the centuries that the stolen wealth was used.

Very few countries are guilty of the crime of colonialism. There are only 6: France, England, Spain, Belgium, Portugal and Holland. These countries should be forced to immediately return all the stolen cultural artifacts and works of art that they show in their museums as symbols of past pillaging and domination.

In addition, the hundreds of tons of gold and silver pillaged by Spain in South America should be given back or paid for in full, plus an additional amount as damages, to all descendants of Incas and other native South American victims of the Spanish genocide.

Only when all these things are done can the world claim to be fair and treating all nations and races equally. It can then be united in a new international organization that would replace the United Nations. In that new organization, the vote of each member should be proportional to the number of its citizens. This would end the present farce, in which the vote of one tiny country, such as Lichtenstein with less than 35,000 citizens, has the same power as China with its 1.4 billion people.

And finally, this new and truly representative organization should use a non-Christian calendar. That would end another farce. Christians make up only two billion of the world population of more than 7 billion people, and although the United Nations supposedly represents all of humanity, it is using the calendar of this Christian minority. This is another example of the imperialist, colonialist tradition that considers the Christian portion of the world superior to others.”
Interestingly Caricom, a group of 12 former British colonies together with the former French colony Haiti and the Dutch-held Suriname, believes the European governments should pay – and the UK in particular, in reparations for slavery.
In a speech at United Nations General Assembly last month, Ralph Gonsalves, Prime Minister of Saint Vincent and the Grenadines, member of the Caricom, said European nations must pay for the slave trade. The organization has hired the British law firm Leigh Day, which recently won compensation for hundreds of Kenyans tortured by the British colonial government during the Mau Mau rebellion of the 1950s.

This news item is from Raelianews
https://raelnews.org/china-calls-for-deamericanized-world.html