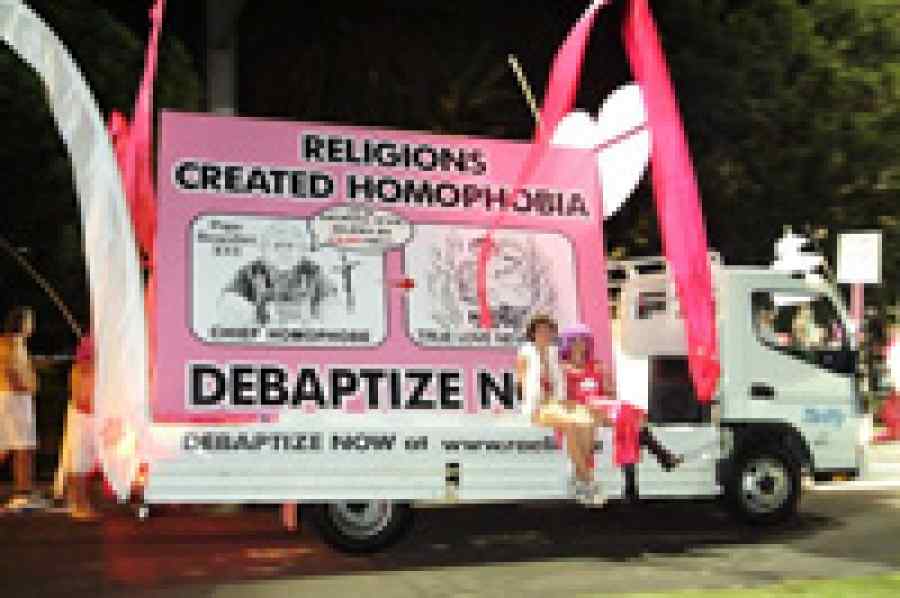 This news item is from Raelianews
https://raelnews.org/sydney-mardi-gras-refuses-aramis-slogan.html