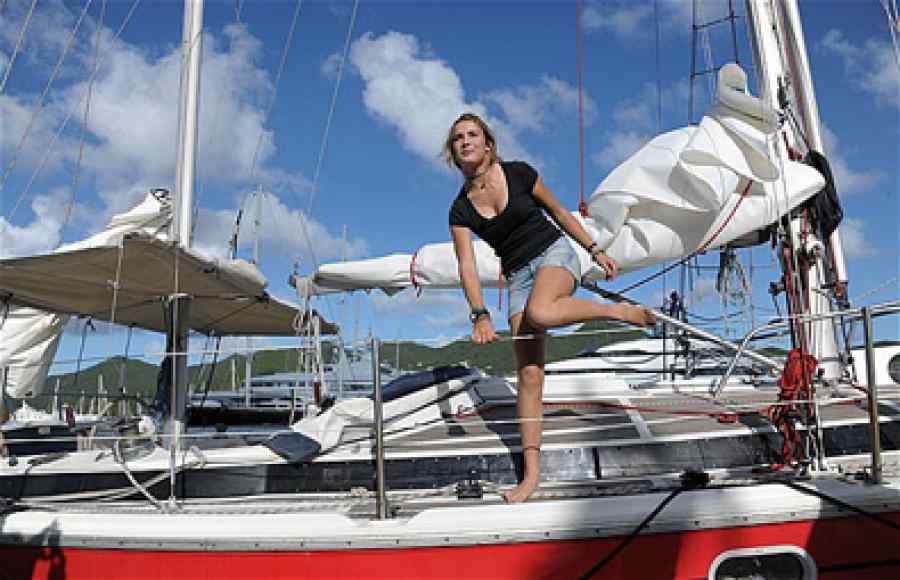 Laura Dekker appears to be the youngest girl to officially sail alone for that long. She was 14 when she began her voyage in Gibraltar. She would have started at the age of 13 if the Dutch authorities hadn't fought her decision. In 2009, she was put under state care for two months as her parents refused to prevent her from undertaking the voyage.

Rael commented on the “stupid politicians and bureaucrats who tried to stop people realizing their dream.”:

“Nothing and nobody can stop you when you really want to do it! The same totally retarded politicians and bureaucrats fight against the people who are escaping the boring, violent and poisoned world they created, by using drugs. But when some great teenagers give to the young generation a wonderful example of dreams, courage and adventure, they try to stop them! They should instead encourage them.”

He also said that he hopes a Hollywood producer will realize a movie about her adventure and that it will make the politicians who tried to stop her, look as they really are: retarded, stupid, and full of hatred for youth. “They should publicly apologize to her, create a Foundation supporting young adventurers and name her the official leader!”

This news item is from Raelianews
https://raelnews.org/rael-in-support-of-teen-adventurer-laura-dekker.html