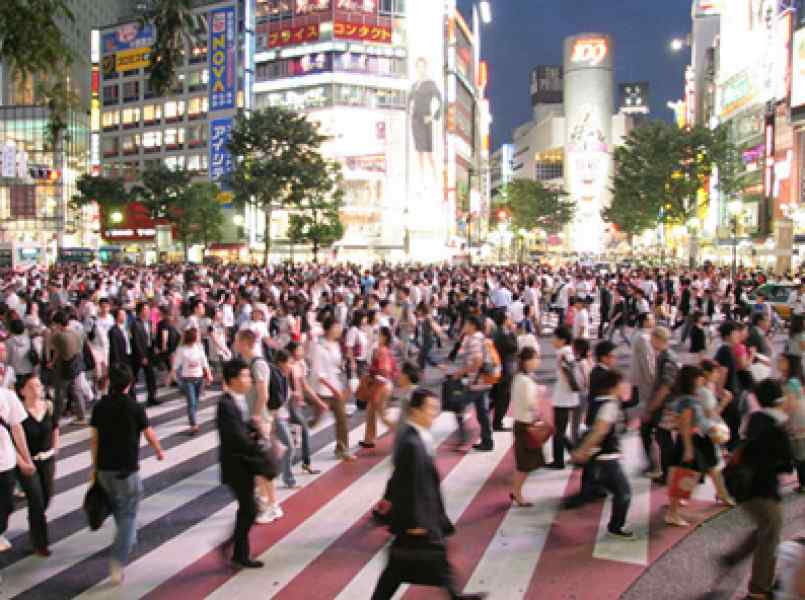 But despite heavy population density in Japanese cities and a scarcity of natural resources – especially in the aftermath of last year’s catastrophic tsunami – commentary in the Japanese media about the report was mostly negative.

In contrast, Rael, spiritual leader of the Raelian Movement, applauds the report. He is also highly critical of those working to overturn its prediction.

“Media outlets and politicians should talk instead about the ‘wonderful population decrease,’” Rael said in a statement released this morning. “All those who try to stop the population decrease in any way, including those in the media commenting negatively about it, should one day be prosecuted for crimes against humanity – for being accomplices in the terrible overpopulation that is coming.”

Rael has repeatedly condemned politicians and religious leaders for selfishly encouraging people to have more babies. He has also requested that all religious books asking people to “multiply” be declared illegal.

“It is my hope that more and more young people will refuse to have children in order to save humanity,” Rael said in his statement. “Not one of these irresponsible and criminal media outlets even mentioned the possibility of replacing the younger generations – which may be required for a while to do some jobs – by opening immigration widely and welcoming people of younger generations from underdeveloped countries. This is racism and nationalism at its worst.”

“We are one planet and one humanity,” Rael concluded. “It’s time to stop promoting the making of additional babies and let people from the poor countries populate the rich countries. And it’s time to urge people around the entire planet to use contraception.”

This news item is from Raelianews
https://raelnews.org/rael-urges-wonderful-population-decrease-foreseen-by-japanese-report.html