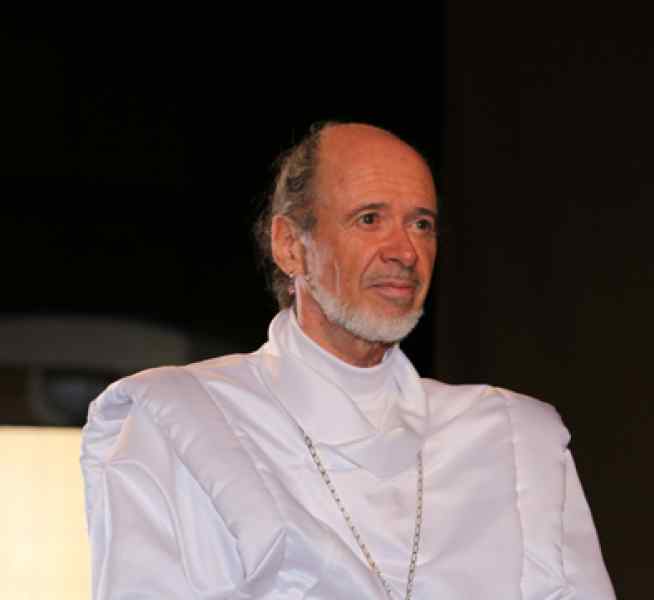 On the first Sunday of April, Maitreya Rael talked to the Japanese Raelians who came to Okinawa to celebrate with him the 'Creation of Life' as all Raelians did around the world on that day.
During his speech, he commented on the situation in Japan after the Fukushima catastrophe.

“I hope that everything goes right in Japan, but we don't know yet. It's still possible that it becomes a big drama.
The Elohim can do nothing about it, and they will not do anything about it.
Your government is responsible, and what they did was criminal. To create a nuclear plant in a country where you have tsunami, close to the ocean, this is criminal.
Then, thanks to that situation, we see the whole world communicating, proving how irresponsible they are.
The United nations decided to attack Lybia. Billions of dollars are spent everyday to attack Lybia.
They will save maybe 500, 1,000 people. Meanwhile in Japan there might be 10 million people dead, maybe 30 million, because of the radiation.
If the United Nations was responsible they would now forget about Lybia and send all the scientists of the army of the world to Japan to stop the problem.
Nothing! They did nothing!
Now, 2 weeks later, there is still radiation coming out of Fukushima.
Where are the United Nations? Attacking Lybia.
Where is the United States? They evacuated 100,000 people from Japan. They are running away and attacking Lybia.
Where is the United Nations agency for atomic problem? In North Korea to see if they have a nuclear bomb. They are trying to see in Iran if there is a nuclear bomb.
Wait a minute? Are you looking for a bomb? You think that a nuclear problem is dangerous?
Wow, wake up please! There is a major nuclear problem in Japan!
But nobody comes and the poor Japanese government is completely out of the game; they are lying, they don't know what to do, and it's a terrible nightmare.

This news item is from Raelianews
https://raelnews.org/rael-talks-about-the-nuclear-crisis-in-japan.html