For his stance against manipulation 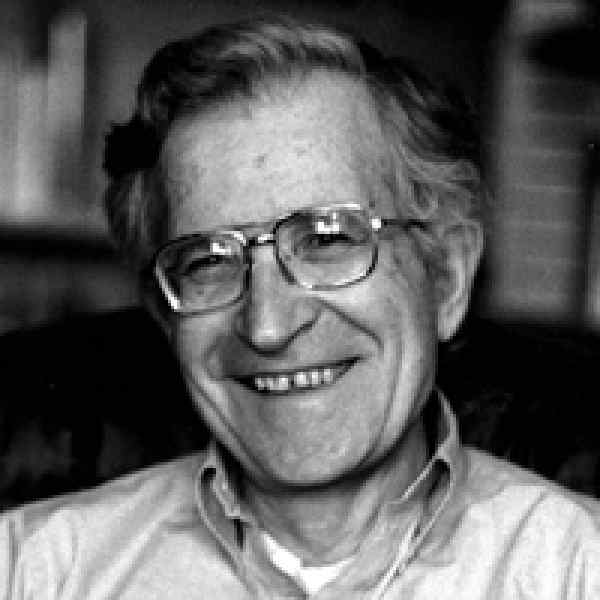 Noam Chomsky is the professor (emeritus) of linguistics at the famous MIT in Massachusetts, USA. His is a name admired by many academics and peace activists the world over. Similarly, it is a name which makes the neo-conservatives writhe up in frustration since they have never been able to intelligently counter his brilliant, comprehensive and logical criticisms on topics such as US foreign policy, U.S. government and media manipulation. He has been an activist for over 40 years and is held in high esteem – or fear – depending on which side of the debate one finds them self. Right-wingers usually end up labeling him as some fanatical left-wing kook instead of actually trying to debate him. ;-)

One of Mr. Chomsky’s interviews can be seen here. (The 2nd video down)
What is an Honorary Guide? An Honorary Guide is a person who is usually a celebrity of sorts whether in the field of politics, science, the arts, etc., and whom, without concern for their career or even their own life, do all they can to help humanity reach an age of more understanding, peace, compassion – thus the betterment of humanity. They cry out loudly against injustice and inequality no matter what the personal consequences may be. The very title Honorary Guide is what it implies, a person who leads humanity through their actions – actions which help humanity to emerge from its current primitive state, actions which help humanity to make intolerance a thing of the past, who bring us closer to lasting peace, whose actions are selfless and compassionate to all people. Borders, political affiliations, sex, race or anything else mean nothing to these people because they work for the betterment of all of humanity, not just part of it.

In 35 years of the Raelian Movement’s existence, Rael has seen fit to nominate only about 40 people as Honorary Priests of the Raelian Movement. Among those are people such as Sinead O’Connor for her sharp criticism of the Vatican’s atrocities, Dr. John Sanford for his rocking the scientific world in illustrating that evolution is a house of cards, Jose Ramos Hortas, Muslim and Prime Minister of East Timor for encouraging Bin Laden to extend love and compassion to non-Muslims – as well as conductor Daniel Barenboim, the famous Israeli Conductor for his actions towards more peace in the Middle East and for championing Palestinian’s rights while being a citizen of Israel…and more.

Feel free to search this news site for “honorary Guide” for more of these extraordinary people who put love, trust and understanding ahead of personal careers or even their own lives. These people are doing some really beautiful things on our little blue planet which is so beautiful but which needs only a little more…love. :-)

This news item is from Raelianews
https://raelnews.org/noam-chomsky-honorary-guide-of-raelian-movement.html