another on going crime from the Catholic Institution 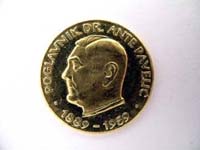 The following story is one which we have been following for many years. We have published a few articles on what we consider to be the crimes of the Vatican, but as you read here, there is more to be exposed than just the tip of the iceberg. We wish Jon Levy and his partner, Tom Easton well in their attempt to demonstrate that the crimes of the Vatican are not only from the past but are still going on.

By the way, though we have asked several times, we are still waiting for a response from the U.N. regarding the Urgent Appeal we filed more than 5 years ago with the Special Rapporteur. This was an officially filed request on behalf of the Raelian Movement for the U.N. to look further into the apparent immunity the Vatican has regarding a rightful investigation into the massive pedophilia cover up. Why did we request that the U.N. look into this? Because for some reason, the Vatican enjoys a seat at the U.N. But that’s another story.

As we say, we wish these two dedicated attorneys great success. :-)

10 Year Anniversary Update on the Whereabouts of Ustasha Treasury

The whereabouts of the Ustasha Treasury (1) remains one of the last unresolved issues of the Second World War and the Cold War. The Ustasha (2) were loyal allies of the Nazis known for their extreme brutality towards Serbs who they sought to ethnically cleanse from “Greater Croatia.” The lost treasure was first officially noted by the US State Department ten years ago in the 1998 report: The Fate of the Wartime Ustasha Treasury. (3) Our lawsuit seeking truth and justice for the genocide (4) of hundreds of thousands of Serbs, Jews and Roma by the Ustasha was filed in 1999 against the Vatican Bank and Franciscan Order of Friars Minor. The current version of the lawsuit – the Fifth Amended Complaint (5) concentrates on the Franciscans and their role in laundering the Ustasha treasury after the Second World War. The plaintiffs include Holocaust survivors and their heirs in Serbia, the United States, Ukraine, and Sweden who are joined by Serbian, Ukrainian, and US organization representing Holocaust survivors – Serbs and Orthodox Christians, Jews, and Roma.

The evidence collected in the past ten years points squarely at the Vatican Bank and Franciscan Order and includes the sworn testimony of former US Army counterintelligence agent William Gowen (6) and the new historical data documented by Dr. Michael Phayer, Emeritus Professor of History at Marquette University, in his book, Pius XII and the Cold War. (7)

William Gowen as a young CIC agent in Rome in 1947 investigated the Ustasha, tracked Ante Pavelic to his hideout and interviewed two of the principles involved in smuggling the Ustasha Treasury truck convoy into Rome in 1946. The ten truck convoy contained the wealth stolen by the Ustasha from Croatia, Bosnia, Serbia and beyond including gold and valuables looted from their victims.

The Ustasha Treasury consisted of the personal horde of wartime Croatia’s genocidal dictator, Ante Pavelic. Pavelic conspired with a Vatican official, Fr. Krunoslav Draganovic (8) and the Franciscan Order Treasurer, Dominik Mandic to conceal the looted property of Serbs, Roma, and Jews. In a daring operation, Ustasha Colonel Ivan Babic and others wearing British uniforms transferred the treasury and possibly Pavelic from Northern Italy to Rome where they were met at the Croatian Confraternity of Saint Jerome by the Vatican conspirators Draganovic and Mandic. From there the Ustasha Treasury was dispersed to places of safety including the Vatican Bank.

The lawsuit has had its ups and downs as The Vatican (9) has spared no legal effort in avoiding jurisdiction of a US Court. The lawsuit was dismissed for being a political matter but this was reversed in a 2005 by decision of the Ninth Circuit Court of Appeals. In December 2007, the district court dismissed the Vatican Bank, this time on grounds of sovereign immunity. Plaintiffs have again appealed to the Ninth Circuit Court of Appeals. The case against the Franciscans however proceeds in the district court.

The lawsuit seeks first and foremost to get a declaratory judgment and accounting on the questions: What became of the Ustasha Treasury, where did it go, who helped and who benefited?

The money-trail of the Ustasha Treasury once exposed may finally bring closure to issues still haunting the region including how proceeds of Second World War genocide financed ethnic cleansing against Serbs in the 1990s.

This news item is from Raelianews
https://raelnews.org/vatican-banking-scandal.html