self defense is not violence 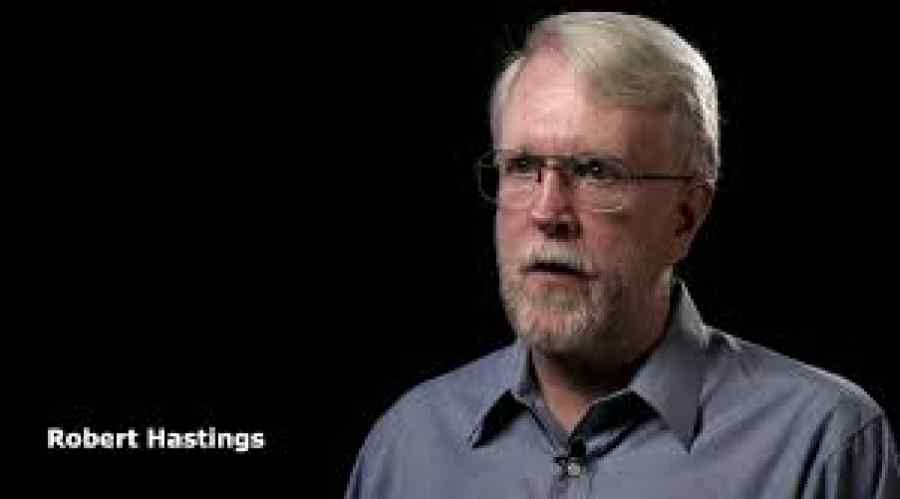 We recently sent out a press release and commented on the interview on a huge US talk show in which a 35 year veteran UFO researcher appeared with 3 retired USAF personnel. The topic revolved around the story of UFOs disabling US nuclear missles.

The researcher, Robert Hastings was kind enough to let us know that we had some factual error. (Thank you, Robert) Here is his email to us and our reply.

I appeared on Larry King Live on July 18, 2008. I am the researcher referenced in your piece, although I was misidentified as a fourth military man, which I am not. However, I have spent 35 years investigating nukes-related UFO activity and have interviewed nearly 100 former or retired U.S. Air Force personnel.

Larry King's producers allowed me to hand-pick the three former USAF officers who appeared with me, all of whom described their involvement in nukes-related UFO incidents.

Your article contains factual errors. Actually, there have been a number of incidents during which UFOs have responded with lethal force when pursued by military jet fighters. For you to say otherwise is simply untrue. In my view, those incidents involved actions related to self-defense, however, pilots' lives were indeed lost. I offer two statments by those in-the-know:

“We have lost many men and planes trying to intercept them.” —General Benjamin W. Chidlaw, USAF, Commander in Chief, Continental Air Defense Command 1954-55

“What bothers me is what's happening to our aircraft.” —Anonymous Air Force officer, 1955

If you wish to perpetuate your religious beliefs about UFOs on the Internet, that's fine with me. However, when you mention me and my ex-military sources (although not by name) as if my research, or my sources' statements somehow confirm your views about aliens and their actions toward nuclear weapons, then I feel the need to respond to your uninformed opinions.

For a factual recounting of the nukes-related UFO activity, you may wish to visit my website, ufohastings.com

I intend to post this message on a number of websites. If you are an honest group, capable of admitting your mistakes, you will post it on yours. Sorry if all of this conflicts with your own dogma.


Dear Robert,
Thank you very much for the clarification. Our apologies for labeling you Ex Military when you are actually a researcher. We will indeed publish this correction as well as your other correction below on our site immediately.

Respectfully, as you point out yourself, "In my view, those incidents involved actions related to self-defense", (the UFOs') so this fact changes nothing regarding the "intent" of said visitors. Nonviolent intention does not mean they would not have the right to defend themselves if fired upon. To my knowledge, no UFOs have come here attacking us. With their superior technology, they could easily have "taken over" long ago - or now - if that were indeed their intent. The fact that they have not is itself proof that they have peaceful intentions.

I don't have any reason to suspect it, but I suppose it's even possible that in the case of UFOs firing upon pilots, military officials could be doing what they have done many times in the past by offering little pieces of truth mixed with larger amounts of disinformation. Maybe this is what led you to ascertain they fired back in self defense.

Like you, we are not convinced governments and militaries always tell the truth. As you say, truth is always more important than any dogma. But the military - and even some researchers - often have their own sets of dogma, too. I personally researched UFOs and history (not the history written by the winners of the wars) for many years myself before joining the Raelian Movement. The disinformation and misinformation on UFOs is so thick that it's all but impossible to know "the truth" through the sources you're forced to deal with. There's much more blacked out from those FOIA docs than there is remaining.

What Rael said in his books, however, made perfect sense to tens of thousands of people - that we're being visited more and more in order to get humanity used to their presence. In fact, in his book published in 1974, Rael reported that the Elohim told him that Earth's military craft had indeed already fired upon their ships (again, pre 1973) and asked him to tell the world who they are so that they can eventually come to meet and interact with us. Obviously shooting at them would seriously decrease the odds of this. :-) This is why the Raelian Movement does what we do. We are here to inform military and non-military alike precisely who these beings are.

We are so happy that you and others are helping this truth to be known. Doing this for 35 years as you have, you know that it's been a long, tricky journey and we really, sincerely thank you for what you're doing. The public has the right to know. The public even has the need to know! This information you and others are working so hard for will change the world paradigm - something which is long awaited and so very necessary for humanity's survival.

We really do appreciate your taking the time to write. We know what it's like to be misquoted or reported upon in an inaccurate way, so your writing means a lot to us. ;-)

This news item is from Raelianews
https://raelnews.org/reply-to-robert-hastings-veteran-ufo-researcher.html