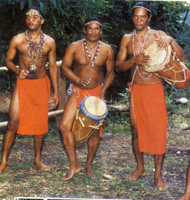 The Raelian Movement is sending its support to one of the leaders of Dominica’s Carib Indians, Mr Williams, for his efforts to have cannibalism references removed from a film on Pirates planned to be shoot soon by Disney Studios.
The Carib Indians stood up against early European conquerors and because they stood up they were described as savages and cannibals and this lie is still alive today. We agree with Mr Williams that we shouldn’t perpetuate the lies of the colonizers through movies or any insidious media.

This news item is from Raelianews
https://raelnews.org/our-support-to-the-carib-indians.html