our support to Las Vegas' Mayor 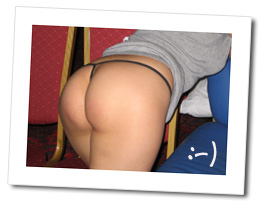 The Mayor of Las Vegas, Nv, recently gave up on pushing for the legalization of prostitution in this city which is among the most famous for allowing so many other things – most all of them infinitely more destructive than sex! (Gambling and alcohol destroy many times more lives than protected sex!) While the mayor himself believes it should be legalized, there are still enough outspoken people against legalized prostitution for “moral reasons”.

A new book released by the San Francisco-based group "Prostitution Research and Education" even claims all prostitution is a "human rights violation”. This would only be true in cases where women are forced into prostitution. It should be noted that 99% of the time, it is men who force women into this terrible practice – men who have antiquated, primitive belief systems which define women as belonging to a man.

The Raelian movement’s position is that if a woman (or man) wishes to go into this business, which brings pleasure to other people, it is a direct violation of their rights if we don’t allow them to. Besides, prohibiting anything never works.
Rael reminded us in this article that ‘some people prostitute their brain as intellectual workers, or their hands as factory workers, and it is all prostitution. As long as money exists there will be people doing things for money. They can do it working with their hands, brain, sex or singing, as long as they do it for money it is prostitution.’

Las Vegas is considered quite a liberal city. It is even often called “sin city” by the US populace, who like to think the US is far more advanced when it comes to morality than other countries. But is this really the case? First of all, it took about 150 years for the US, the country based on equality, to even allow women or blacks (or any other race than white) to vote. So even if the US is a little ahead of those countries in 2007 which allow the stoning of women for “violations of honor”, this by no means makes the US the authority on women’s rights.


This news item is from Raelianews
https://raelnews.org/legalize-prostitution.html