Raelians have filed a tort claim 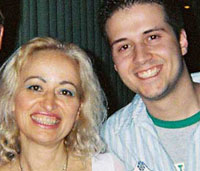 The US Raelian Movement has filed a tort claim against the Indiana University-Purdue University Indianapolis (IUPUI) regarding employees who have been involved in a plot to extort millions of dollars from the Raelian Movement and its leader Rael. Threats of violence and an attempt to prevent Raelians from exercising their First Amendment rights were also involved as well as multiple violations of the IUPUI ethical codes regarding research with live subjects. See the full claim

Hashem did not honor that agreement and along with his partners produced a film that falsely and sensationally accused the Raelians of criminal acts. Its premiere was hosted in November 2006, by the IUPUI Department of Religious Studies at Lilly Hall despite the knowledge that the footage was stolen and the content a biased and inaccurate portrayal of the Raelian Movement.

In December 2006, a further outrage was perpetrated by Hashem when the disputed film footage was used to incite a disabled man to make threats of violence against Rael.

This news item is from Raelianews
https://raelnews.org/indiana-universitypurdue-university-indianapolis-involved-in-extortion-plot-and-civil-rights-violation.html