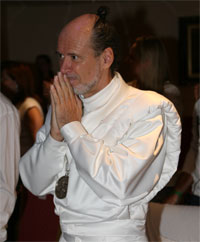 A study recently published in the Journal of Epidemiology and Community Health in the UK shows that children 'need sex advice sooner' than when they receive it now. The report from Liverpool John Moores University Centre for Public Health says that social problems such as alcohol abuse, unprotected sex and self harm may result from children receiving information on these topics too late.

Dr Mark Bellis, one of the report's authors, said "Information often regarded as adult on sex, relationships and dealing with issues of conflict is currently given to them when it is too late."

Gary Butler, professor of pediatrics at the University of Reading, has a different analysis of the teenagers’s situation but gives the same conclusion, saying that there is a need for sex education to be given earlier….

Experts now agree on that matter.

In his book “Intelligent Design”, Rael explained 32 years ago that children need to be told how their body works, including their sex: “To say nothing to your children about their sexual organs is wrong, and although it is better to explain what they are for, this is still not enough. You must explain how they can gain pleasure from them.”

This sentence has been used so many times by critics against the Raelian Philosophy, hinting that we encourage pedophilia!!

“The conclusion of this newly published report is precisely what is recommended in the Messages, teaching not only sexual education but sensual education to children....Will all the conservative anti-education people now dare to accuse the authors of this scientific report of "promoting pedophilia" as they did with us? It's precisely the opposite...education helps reduce pedophilia by including a chapter about it. If nobody educates children about their sexual and sensual life they are much more at risk of being victims of pedophiles. A child not having any knowledge about sexuality and especially the pleasure it creates, is the perfect victim for these criminals. Education is the best prevention.”

This news item is from Raelianews
https://raelnews.org/children-need-sex-advice-sooner.html