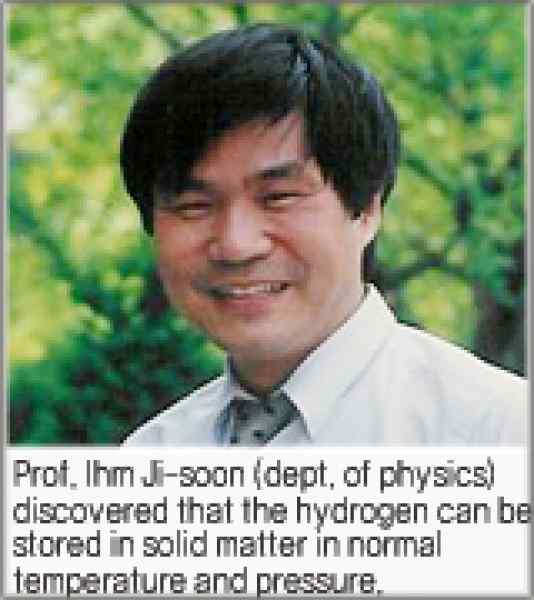 Maitreya Rael mentioned in a public meeting a year ago: "Hydrogen is the energy source used on the planet of our Creators, the Elohim, but not Hydrogen as we have it here, it is solid Hydrogen. It will be discovered by our scientists here soon."

The Korean Raelians had one more reason to party on August 6th, the Raelian New Year day, as they just learned that Dr. Ji Soon Ihm and his team of Seoul National University(http://www.snu.ac.kr) of Korea announced on August 4th that he had found a new material with a structure that can store hydrogen in normal temperature without pressurization. Many scientists summarized Dr.Ihm's discovery as a way to store hydrogen in solid matter at normal temperature, which brings technology one step closer to the announced solid form of Hydrogen.

For the past 32 years, Maitreya Rael, the founder and spiritual leader of the International Raelian Movement has brought revolutionary ideas and announced many of the scientific breakthroughs we have witnessed over the years. Raelianism is not only a philosophy and an atheist religion, it is also a source of inspiration for new scientific discoveries. In his last book " Yes to Human Cloning", Maitreya Rael gives a mind-blowing vision of our future that has already inspired many. The science of today was probably "unthinkable" for a majority, 30 years ago. Thousands of Koreans have chosen to follow the inspiration of Maitreya Rael and hundreds of them will travel this week to see him in Japan where he will give his annual teachings, still hoping that one day, the Korean Government will lift the ban preventing Maitreya Rael to enter Korean territory.

This news item is from Raelianews
https://raelnews.org/prediction-from-maitreya-rael-solid-hydrogen-soon-to-come.html