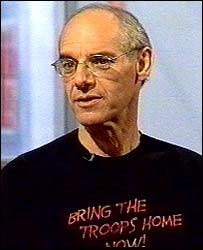 Faithful to his usual self, George Bush and the low-consciousness military who serve him, celebrated the assassination of Abu Musab al-Zarqawi. The American Michael Berg, father of one of the young men decapitated by the terrorist reminded the surprised journalists, quite rightly, that no one has the right to rejoice in the death of another human being and that he condemns this political assassination as much as he does the decapitation of his son and that any acts of violence only produce more violence.

But the problem raised by this political assassination is even more serious. If a terrorist is killed while resisting arrest to try him for his crimes, then that is definitely above criticism. But when the most powerful army in the world, with its 130,000 soldiers on the spot, has just received intelligence proving with certainty that this dangerous terrorist is in the isolated house, nothing can justify them sending in F16s to drop 500 kg bombs on the building, knowing full well that there were also innocent civilians present: A woman and child were among the victims, of course soon to be considered “collateral damage”.

With 130,000 soldiers, it would have been so easy to encircle the house in question and arrest Al Zarqawi so that he could be judged in court in due form and process just as every human being is entitled to. But instead they preferred to pulverise the house and the people inside it with their bombs and deny the occupants any form of justice. An execution without trial - a summary execution – carried out by the country that claims to be the world model of “civilisation and democracy”!


This news item is from Raelianews
https://raelnews.org/execution-of-zarqawi-the-united-states-institutionalises-political-assassinations.html