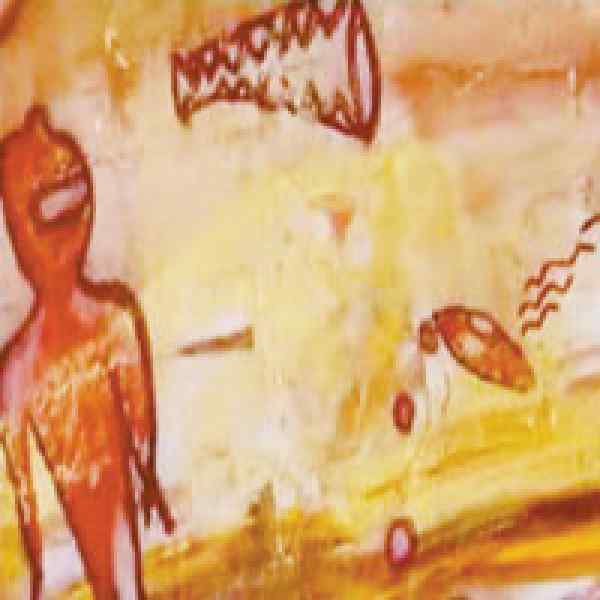 It was a pleasure to read the article posted below, showing another evidence that human beings from another planet were on earth a long time ago.
For those of you who are not fully acquainted with the Raelian philosophy, you may want to visit our main website : www.rael.org
In summary, Raelians understand that all forms of life on Earth have been created by advanced scientists, human beings from another planet, who were mistakenly taken for god(s) by our ancestors. They created in their image and left behind them many traces as well as teachings through their numerous Prophets.
Here is another evidence of their coming to Earth:

A group of anthropologists working with hill tribes in a remote area of India have made a startling discovery: Intricate prehistoric cave paintings depicting aliens and UFO type craft.

Prehistoric UFO and ET images found in remote cave in India
The images were found in the Hoshangabad district of the state of Madhya Pradesh only 70 kilometers from the local administrative centre of Raisen. The caves are hidden deep within dense jungle.

Also visible is another object that might depict a wormhole, explaining how aliens were able to reach Earth. This image may lead UFO enthusiasts to conclude that the images might have been drawn with the involvement of aliens themselves.

Local Archaeologist, Mr Wassim Khan, has personally seen the images. He claims that the objects and creatures seen in them are totally anomalous and out of character when compared to other, already discovered, examples of prehistoric cave art depicting ancient life in the area. As such he believes that they might suggest beings from other planets have been interacting with humans since prehistoric times: Adding weight to the 'ancient astronaut theory' which postulates that human civilization was established with the assistance of benevolent space-faring aliens.