Clitoraid about to lay the cornerstone in Burkina Faso 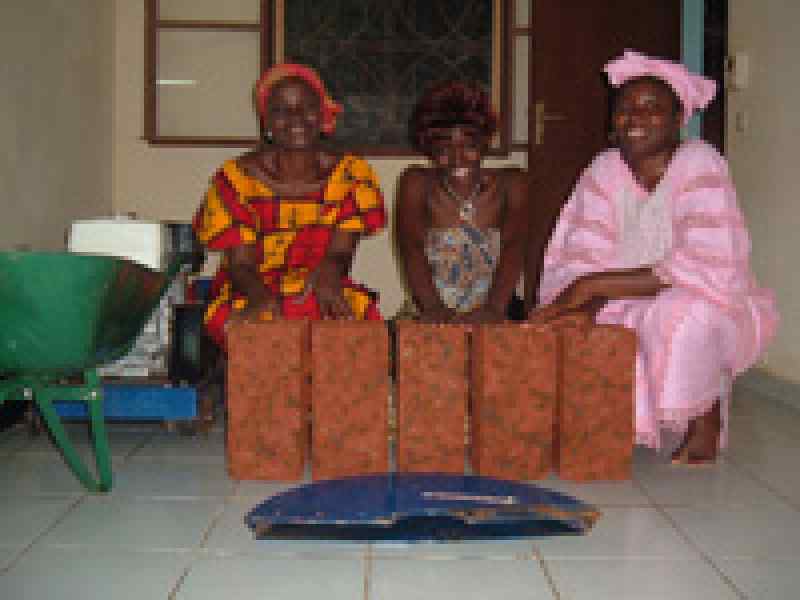 Photo caption: shown left to right, with some of the first stones carried to the construction site: Banemanie, Clitoraid correspondent in Burkina Faso; Fahir, first woman to receive clitoral repair surgery through Clitoraid; and Abibata, now touring the country to educate women and schoolgirls about the restorative procedure.

One year after the launch of its “Adopt a Clitoris” campaign, Clitoraid, a non-profit organization based in Las Vegas, is about to lay the cornerstone of a unique, pleasure-restoring hospital in Burkina Faso. In the new facility, hundreds – and eventually thousands – of women will have operations to repair the sexual organ mutilated against their will in childhood.

According to a barbaric tradition that still persists in some parts of the world, female children are forced to undergo an excruciatingly painful procedure through which the clitoris is excised. The act is typically carried out without anesthesia and is often performed by female relatives, themselves earlier victims of the practice.
An estimated 135 million women worldwide are victims of this detestable tradition. Until now, with the damage done, little could be done to help them achieve the sexual pleasure known to the rest of humanity.
The “pleasure hospital” campaign began after French surgeon Dr. Pierre Foldes announced he had developed a technique that restores sexual sensibility to women who have suffered removal of the clitoris.

The story of Clitoraid and the “Adopt a Clitoris” program
Rael, spiritual leader of the Raelian Movement, heard of Dr. Foldes’ work and had the idea of helping as many victims as possible through the creation of Clitoraid.
Rael often says that to save women is to save humanity, since femininity represents its future. With Rael’s encouragement and the help of others, Clitoraid was formed, and its “Adopt a Clitoris” program was designed not to help just a few women, but to finance the construction of a unique, sanitary and specialized medical unit in which women of all nationalities and religions could have their clitoral sensation “rebuilt.”

The resulting hospital, the culmination of intensive fundraising efforts by Raelians and others, will be located in Matourkou, in the southern suburb of Bobo Dioulasso, the second city of Burkina Faso, alongside Bobo – Banfora Road.
After first buying the land and shipping construction materials from Canada and Europe, Clitoraid benefactors are confident they will be able to gather the final $40,000 needed to finish the building.
Willing candidates await treatment from volunteer doctors

Afflicted women have reacted with enthusiasm to news of the new hospital. More than 100 candidates are ready to have the surgery as soon as everything is ready, according to Banemanie, director of the association Voie Féminine de l’Epanouissement (A.V.F.E.), Clitoraid’s Burkina Faso representative.
Several doctors have offered their time, including Dr. Marci Bowers, M.D., from Seattle, Wash., who specializes in gynecology and pelvic and reconstructive surgery. One of the first to volunteer, she completed her training with Dr. Foldes in April.
Clitoraid hopes more doctors will volunteer as word of the new program spreads.
Burkina Faso is one the poorest countries on the planet, and one in which the cruel practice of clitoral “circumcision” is shockingly prevalent. In the time it takes you to read this article, several additional girls in that country alone will have been mutilated.
But the brutal custom is by no means confined to Burkina Faso. Millions of women elsewhere are also doomed to live out their lives without sexual pleasure unless they receive help. The vast majority of these women – especially those living in extremely poor nations like Burkina Faso – lack funds to access the new restorative operation. “Adopt a Clitoris” was designed to help them.

Attacking the root of the problem
Meanwhile, the program is striking a powerful blow at the problem’s source. The new hospital is not only an unexpected gift for women who have lost their dignity, but a clear sign to those perpetuating clitoral mutilation that what they’re doing is useless.
That’s why many Burkinabe women have decided to become deeply involved in the construction of the hospital. By the hundreds, coming from local schools and suburbs, they will literally carry the building stones to the edifice as a symbolic way of freeing themselves from “servanthood” and the reprehensible tradition that denies their essential human right to physical pleasure.
The cornerstone ceremony will be held Saturday, May 26. Several VIPs are expected and members of the national and international press are invited.
To learn more about Clitoraid and its fundraising activities or to make a donation, visit www.clitoraid.org.