Chinese people are the only ones to target overpopulation 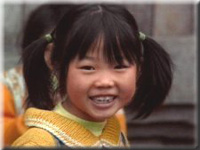 China's basic one-child policy that has been in effect since the late 1970s, was reviewed and renewed without change last month. The policy limits urban couples to one child and rural families to two to control the population and conserve natural resources. Beijing says it has helped prevent 400 million births and has aided the nation's rapid economic development.
China has about 1.3 billion people and represents 20 percent of the global total. The government has pledged to keep the population under 1.36 billion by 2010 and under 1.45 billion by 2020.

Rael has offered his congratulations for this policy to Chinese officials who are the only ones to tackle overpopulation. He stressed out that the Raelian Movement wishes to help against the terrible effect of the Vatican’s Catholic Church on this matter, which promotes actively the refusal of any birth control, which would have a catastrophic effect on China.
He mentioned that he hopes China will not rebuild relationships with the Vatican, as they would fight the wise Chinese government’s one-child policy by pushing the Chinese people to have many children. He also hopes that some highly ranked Chinese officials who are traitors to China, and are Catholics secretly linked to the Vatican, will stop harassing the Chinese Raelians who support Chinese Government’s policies in every field.
He declared: “I am willing to travel to China to meet with Officials to explain how much we support Chinese official policies and wish to publicly say it. Our support is for all Chinese official policies: the right for China to destroy hostile satellites, to stop occidental influences to destroy Chinese traditions, to fight overpopulation by promoting one-child policy, to push the United Nations Organization to stop using the Christian calendar and to replace it by an atheist one starting with the year the UNO was founded, to oppose the American imperialist domination of the world etc.”