pedophilia is a mental illness 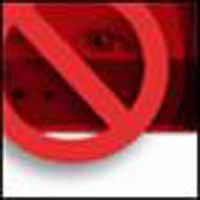 Even if we are in favor of sexual freedom between consenting adults, if you are a pedophile you are definitely not welcome in the Raelian movement. Not only because our position is very clear condemning it as a mental disease, but also because, contrary to the politics of the Catholic church which has been hiding pedophile priests (see nopedo.org) and moving them from
parish to parish so they can make more victims of their disgusting behavior, the Raelian movement has a strict policy of not only expelling immediately any member suspected of pedophilia or sex with people under legal age BUT ALSO to immediately report them to the police.

Some of you may have been attracted to our philosophy due to defamatory articles in French newspapers and magazines, stating that our philosophy being in favor of sexual freedom would then favor pedophilia. The reality is strictly the opposite. When individuals have a fulfilled sexual life, they don't even think of imposing their sexuality on children, unlike
Catholic Priests unfortunately do, due to their lack of sexuality. Some articles even refer to the Raelian order of angels, a congregation of women who want to develop their femininity and who can make the vow, if they wish so, to devote their sexuality only to our Creators and their Prophets. They would then wear a pink feather around their neck to openly show their desire
to have no sex. These women decide freely to do so, just as catholic nuns would do; this is part of the free sexuality that we profess, the right to say no to sex as well. In this organization angel minors also have to signal the fact that they are under the legal age for sex, by wearing a black feather around their neck to make sure that no adult Raelian approach them at any time with sex in mind. Some of these minor angels also choose to have no sex at all, thus refusing sex with potential minor partners which most young girls experience during their teens. They would then wear a pink feather as well. Some newspapers have seen the minors' beautiful decision of reserving their sexuality for our Creators as an indication of pedophilia, which is completely ridiculous.

It is very clear in the Raelian Philosophy that pedophilia is a sign of mental disease and will never be tolerated within the organization. Any member, whatever his rank, who would be found guilty of such a behavior will be expelled and reported to legal authority.