Is Richard Dawkins Raelian? Of course he is!

Considering his statement in the movie Expelled 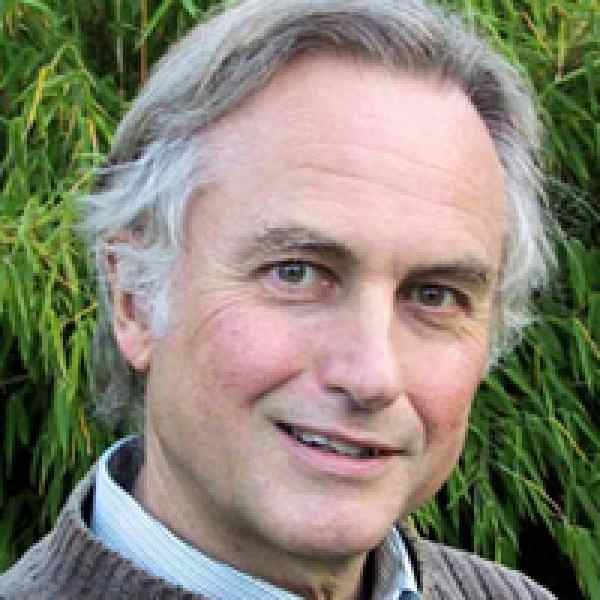 Many blogs have been asking the question for the last few days: Is Richard Dawkins Raelian?

In the current Ben Stein movie, “Expelled: No Intelligence Allowed,” he commented:

“It could be that at some earlier time, somewhere in the universe, a civilization evolved, probably by some kind of Darwinian means, probably to a very high level of technology, and that it designed a form of life it seeded, perhaps onto this planet. Now that is a possibility, and an intriguing possibility. And I suppose it’s possible you might find evidence for that. If you look at the details of biochemistry, of molecular biology, you might find a signature of some sort of designer.”

Dawkins’ comments are logical and in perfect agreement with current scientific knowledge:

1. The likely existence of extraterrestrial, intelligent life is now accepted as a strong possibility by both the public and the scientific community. In 2001, there were 14 SETI projects operating on astronomers’ telescopes, and more are planned.
2. Biologists such as Craig Venter are creating new, artificial forms of life.
3. Teams at NASA have plans to implant life on different planets (see NASA’s “terra forming” programs).
4. Civilizations across the planet have historical traditions and narratives concerning “those who created us and went back to the stars,” including the story told by the Bible in Genesis, which relates that the “Elohim” created us. Note that “Elohim” is a Hebrew word in plural form, and that it has nothing to do with the common mistranslation, “God.” In fact, “Elohim” literally means: “those who came from the sky.”

The list of evidence supporting the Raelian philosophy is long and can be seen on our main Web site, www.rael.org, as well as in Rael’s book “Intelligent Design,” available as a free download there.

The abundance of scientific evidence is why we count so many scientists (7.5 percent of our members) in the Raelian Movement. Some prefer to stay anonymous rather than face the sort of persecution and ostracization described in the new Ben Stein movie, “Expelled: No Intelligence Allowed.” Others, such as Dr. Brigitte Boisselier, are quite open about it. And there is also a third category: those (including, perhaps, Richard Dawkins) who are either unaware or unwilling to admit that they are Raelians.

People in this third category have often been unable to differentiate the actual Raelian philosophy from the sea of distorted information propagated about us. Such distortions are circulated by those frightened of our clear and demystifying message: There is no god, and there is no evolution, just a constant cycle of creation by scientific designers, such as we ourselves are becoming right now. The traditional two opposing explanations of life on Earth – God versus evolution – simply aren’t satisfying anymore. In fact, the battle between the two camps is foolish and doesn’t lead anywhere. Neither camp listens to what the other says, although the argument between them has been raging for a century and a half. Meanwhile, a few free thinkers have offered alternative solutions:

Francis Crick, Nobel Prize winner and co-discoverer of the structure of the DNA molecule, along with Leslie Orgel, proposed the theory of “directed panspermia,” whereby life has been seeded elsewhere in the universe – and possibly on Earth – by intelligent life forms.

Incidentally, Hoyle was also a strong critic of the Big Bang theory, and he rejected it as an explanation of the origin of the universe. In 1982, commenting about his theory of “Cosmic Creationism,” he said, “If one proceeds directly and straightforwardly in this matter, without being deflected by a fear of incurring the wrath of scientific opinion, one arrives at the conclusion that biomaterials, with their amazing measure or order, must be the outcome of intelligent design.

Over 700 scientists from around the world have expressed their unease concerning the theory of evolution by signing a statement expressing their skepticism. The statement says, in part: “We are skeptical of claims for the ability of random mutation and natural selection to account for the complexity of life. Careful examination of the evidence for Darwinian theory should be encouraged.”

Indeed, careful examination of the actual evidence for the theory is very much needed because evolutionists take it as universal dogma and fail to question it. Instead, they continuously attempt to explain and accommodate any additional evidence or new results within the strict framework of the accepted evolutionary model. This approach has gone so far as to disenfranchise scientists who would prefer to be more critical of their findings and seek alternative explanations for their data.

It’s really no surprise, then, that we now have documentaries such as “Expelled: No Intelligence Allowed” on national theater screens showing what happens to scientists who question evolution. And it’s also no surprise to hear acclaimed evolutionary biologist Richard Dawkins expressing statements that indicate he may be warming up to the idea of directed panspermia.

Crick, Orgel, Hoyle and many others have been doing us a service by courageously promoting alternative theories in the face of strong opposition from the scientific community. Such alternative theories allow our vision of ourselves and the universe to expand beyond the confines of 19th-century science. But even these distinguished scientists had to somehow formulate their theories within an evolutionary model if they were to gain them any acceptance in the science community.

The concept of an “intelligent designer” is now taking root in the minds of the public and the scientists. Once the dust in this rancorous debate settles, and the idea of an intelligent designer distinct from a supernatural god becomes more plausible and acceptable, many people will refer back to Rael’s writings. For 35 years, Rael has consistently had the most rational and comprehensive answers to the question, “Where do we come from?”

Rael explains that the Elohim, advanced scientific creators from space, created all life on Earth, but for some people, it takes time to realize the truth in this explanation. Many eventually realize they were Raelian without knowing it – perhaps including Dawkins!