Intelligent Design: Yes In Kansas, No In Pennsylvania 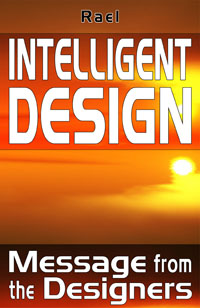 A widespread debate is raging across the US about the introduction into schools of the Intelligent Design (ID) theory as an alternative to the
theory of evolution. Opponents see this as an attempt to reintroduce God into the school curriculum despite the Supreme Court's refusal almost 50
years ago on the grounds that the separation of church and state is written in the Constitution. Indeed, the religious conservatives are certainly using
this camouflage to find their way back into schools...

RAEL's book, Intelligent Design: Message from the Designers, presents an original and unique third option to explain the origin of life on earth.
This atheist ID theory cannot be denied by the Supreme Court since it does not promote religion in schools! Atheist Intelligent Design is the scientific creation of life on Earth performed by an advanced human civilisation from another planet. This brings a completely new, rational theory explaining our origins that is actually reproducible in laboratories, as made evident by Craig Venter's recent announcement that he had started the process of designing and creating the first totally synthetic unicellular organism. The essential prerequisite in true science is that phenomena can be reproduced in a laboratory. Evolution has never been reproduced in any laboratory, which is why it's called a "theory." The same is true, of course, for the theory of "God."

This third option, termed "atheist Intelligent Design," is the only one which can be reproduced in a laboratory right now and is about to actually
happen. The idea that there are billions of planets similar to the Earth in the universe is also accepted by most scientists, as is the fact that our
civilization may not be the most advanced in the universe. So having a much more advanced extraterrestrial human civilisation coming to Earth a long time ago to create life in a kind of panspermia is the most rational explanation of our origins.

At the very least, this should be taught in schools as an alternative to the theory of evolution. And no school can deny access to an atheist Intelligent
Design theory on the grounds of church and state separation. Even believers in God would stand to gain by using this book's explanation as a "Trojan
horse" to enter the school system as an alternative to the monolithic, dogmatic and intolerant theory of evolution
Search Raelianews
News Categories
Other News
‹ ›