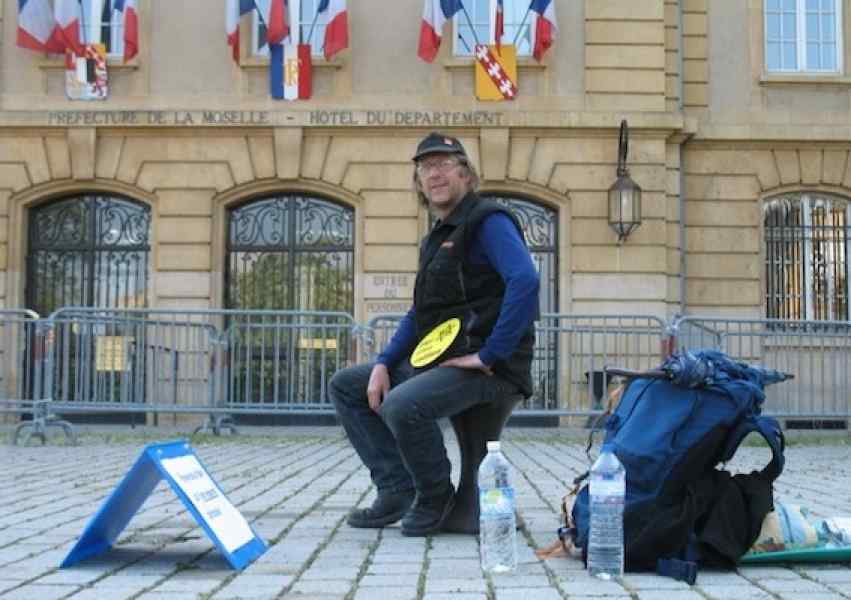 Fifteen days into his protest hunger strike in Metz, France, Kimbangu Piffer, leader of the Raelians in France, has finally received an explanation from the French government as to why he could no longer access the nuclear plant at Cattenom in 2006 following a full decade of access.

A government representative in his town met with Piffer on May 5th and told him the reason he was refused access was linked to his religious beliefs. Piffer was also given access to the file pertaining to this matter.

In 2006, he received a note from the French government authority stating that he couldn't enter the plant. No explanation was given at the time, so Piffer sent numerous queries to French authorities asking the reason for the sudden change. In July 2010, Piffer was once again given access to the plant, but still had received no explanation of the denied access during the interim. In fact, until now, he had received no response whatsoever.

According to the file given to Piffer this week, “The decision [canceling access to Cattenom] was taken because Piffer was known by the security services as an important leader in the Raelian Church and close to guru Rael.” The file also states that, “These elements are an indication of vulnerability, defined as a fragility that lowers the guaranties of a person regarding protection against intelligence and malevolence as they could bring pressure of diverse kinds.”

“Thanks to Piffer’s determination, we now have written evidence that the French Government acts with discrimination against members of the Raelian Movement,” said Brigitte Boisselier, PhD, spokesperson of the Raelian Movement, in a statement released today. “They gave him back his access after La Halde, a French human rights organization, advised the French authorities that their decision violated Articles 9 and 14 of the European Convention for Human Rights and Fundamental Freedom, and that it was also against the principle of freedom of conscience. The government tried to bury the matter by refusing to answer Kimbangu’s queries, but his determination was stronger than their cowardice. Now, thanks to the file’s explicit confirmation of religious discrimination, we will sue the French government at the European Court of Human Rights.”

Boisselier added, “This is an important victory for the French Raelians. Over the last 20 years they have suffered from repeated acts of discrimination that forced many of them to leave the country. This acknowledgment from the French Government that it acted against basic human rights might open the door to fairer treatment in the future. It is a first step that the French Raelians will celebrate, and the French government can count on the fact that their leader will remind them about human rights whenever that reminder is needed. If there is someone ‘with vulnerability,’ it is clearly the French government; its policy against minorities is so out of synch with its both own constitution and that of Europe, that it surely cannot continue its discriminatory acts.”