they should focus on having no animal cruelty taking place 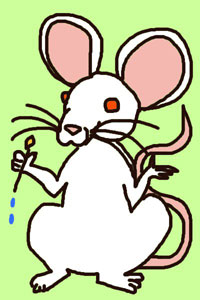 Last week, nine AIDS activists from ACT UP Washington and ACT UP Golden Gate were arrested outside of the Animal Congress at the US Air arena in Prince Georges County, Maryland, while protesting the destruction of AIDS research facilities and other violent tactics which animal rights activists are using to obstruct AIDS research.

The Prophet RAEL made the following statement:

Aids activists protesting against the PETA (People for the Ethical Treatment of Animals) actions to slow down scientific researches by acting against the use of lab rats, are perfectly right: "Our lives are more important than a bunch of lab rats"...
It is also about time to counter-attack PETA for targeting celebrities using furs and other alleged "animal cruelties". Killing animals in a proper way is not cruelty. Making them suffer unnecessarily is cruelty and should be avoided.
The association for the protection of the ducks....