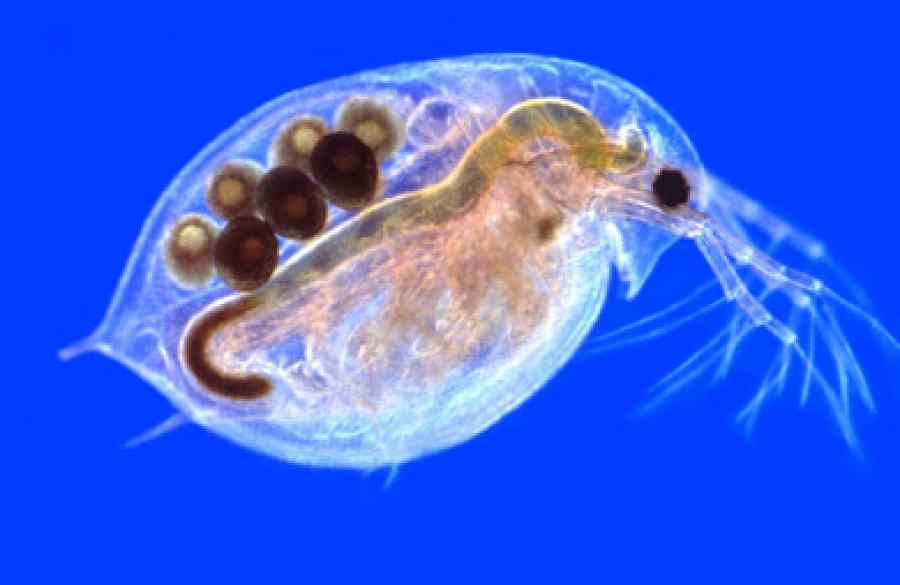 A recent article by a team of Indiana University published on the Magazine 'Science' describes how the 1mm long water flea has 31,000 genes in her genome while human beings seem to have only 23,000. In other words, this humble form of pond life has a much more complex genome than the human one.

Rael commented this article saying that this discovery should be added to the list of 'proof that there is no evolution'.

Daphnia could be taken as a very ordinary crustacean with a simple nervous and circulatory system but it is actually able to do much more than most other forms of crustacean life forms. Biologists have long known that it responds to stress in a unique way, producing exaggerated tail spines, neck teeth or protective helmets when threatened by predators. Daphnia can also adapt to wide ranges in acidity, toxins, oxygen concentrations, food quality and temperature. Its large genome can explain this wide range of behaviors. It is however difficult to explain its complexity following the rules of evolution.

The researchers say that 'these creatures are able to reproduce both sexually and asexually. They thrive in the absence of males by clonal reproduction, until harsh environmental conditions favor the benefits of sex.” This looks more like a well thought and well programmed organism rather than an organism appearing and evolving by chance and in the process, producing more than 10,000 genes that have never been documented in any other organism!

The Raelian philosophy explains that advanced scientists came on this planet and created all forms of life, each team competing to get the most sophisticated and beautiful ones. This creature comforts such an 'intelligent design' and it definitely looks like a successful attempt by scientists to design an entity having all kinds of attributes that would surprise their fellow scientists of the time, as much it surprises our scientists when they discover it.