Our congratulations for producing a film on UFOs 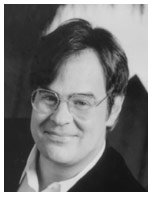 We would like to congratulate the famous actor Dan Akroyd who recently produced a film on UFOs and government disclosure. Amassing well known as well as lesser known facts on UFO research over the last 60 years, Mr. Akroid is the biggest celebrity ever to be so outspoken on the UFO matter. He gathered interviews from many ex-military, NASA, astronauts, Presidents and more witnesses from all over the world who all give compelling evidence to the existence of UFOs.

Although the Raelian Movement is slightly interested in UFOs, we are much more interested in who are in these UFOs. The intelligence and philosophy of these people are mush more interesting than what they drive! By definition, an infinite universe must contain infinite life forms. To us, most of these flying ships are not UFOs, but very much IFOs. (Identifiable Flying Objects) As The Prophet Rael announced in 1973, more and more of these ships would be making themselves more and more visible. The Elohim told Rael this as well as many other things which have been, one by one, coming true since 1973.

The governments of the world obviously do not want to disclose what they know about the UFO phenomenon. An important question to ask is “why?”. There are a growing number of people on Earth who realize that the governments and religions (which are inextricably intertwined) will lose their power and money when the truth is known. Many people realize that religion will be turned upside down and some are even afraid that this would cause mass panic. How little faith in humanity’s intelligence they have!

This is the biggest reason The Elohim sent one messenger, RAEL, with one clear message, to spread the good news of the truth of humanity’s origins. This way they reduce the possibility of shocking us too much by allowing us to think for ourselves. For over 32 years, Rael and those who recognize that the message he brings is logical as well as full of love have been spreading this message. By approaching humanity this way, they invite us, their creation, their children, to think for ourselves. What a huge amount of respect they give us!

As The Prophet Rael teaches, there is a clear difference .....
between believing (like in traditional religion) and understanding. And, after all, we are living in “the age of understanding”, i.e. “apocalypse”.

The strongest power humanity has is intellect – science, reason, and logic. And intellect is proving at exponentially increasing speed that science explains everything – that there is no such thing as a miracle, but merely higher or lower levels of understanding. The flying ships millions of people have seen are from people, more advanced than us, who love us as their children and are letting themselves be seen in order to say “Look! Here we are. If you would like to meet us, just show a little more love for yourselves and we will come to the embassy you will build for us!”