hopefully not for long

There is a follow up to a story we recently posted here about the polygamist Mormon group in Texas, USA. As you read in our earlier article, the state’s Supreme Court ruled that the state’s agents had no right to remove the children from their homes as was done. It was a huge victory for religious freedom, which is guaranteed by the famous US Constitution.

Now, however, the judge in a smaller court has placed restrictions on the return of these children who have been separated from their families for over 2 months. This judge is insisting that the 38 mothers take parenting classes.

RAEL commented right away: “This is yet another unlawful decision which amounts to more religious discrimination by a small local judge. I hope the FLDS group will appeal to the Supreme Court as they did the last case - which will certainly also declare these restrictions illegal. After that, I hope they sue the state of Texas for these violations against their fundamental civil rights.”

In our first article after the state Supreme Court ruled in favor of the group, we said that religious freedom is always in danger of being lost – even in places like the USA. This biased ruling proves it so and this smaller court is making the same mistake which was overruled only a few days ago by the highest court in the state.

How would any of us feel if our child was taken away simply because we had a different religious belief than most people in the region we live? How would any parent feel if they were told that they cannot have their children back unless they attend a class on how someone else thinks they should raise a child? :-(

Interestingly, this story is unfolding in the US where there are tens of thousand of “religious right” parents who choose to home school their children rather than letting them be influenced by “undesirable” factors. Yet no one is trying to take these children away and insisting the mothers take “parenting classes”. Similarly, there are “camp programs” for children known as sometimes affectionately known as “Jesus Camps”. These camps educate children in a way that their parents want by teaching that only Jesus can save them from hell, that any other belief is inherently evil and many other things which teach children to grow up and be fearful and intolerant of other beliefs. (and maybe grow to be a judge in a small court?) Again, no one is taking those children from their parents. As Raelians, we believe this type of education actually damages a child and poses a lot of danger to society because it teaches fear (of eternal punishment in hell) and intolerance (of all other beliefs). We can look around the monotheistic world and easily see how much violence this type of education causes.

Until they were wrongfully accused and invaded, these FLDS members in Texas had been living very happily and peacefully among themselves and didn’t try to insist that others choose the same beliefs they choose. They have been living with more tolerance than those who judge them, and, more in accordance with human rights. But they are a minority so easily marginalized.

For 34+ years, the Prophet Rael has been teaching what the Great Prophets also taught their followers but has been forgotten thanks to the very thing these Prophets warned of – intolerance. The prophets all taught to respect the differences between us. Rael elegantly illustrates this in his teachings and in every day life and tells us something even beautiful than simple respect is actual love of differences. No fear there. :-) 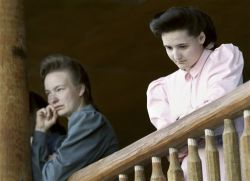