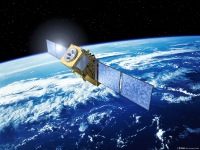 Every sovereign nation should also have the right to shut down any foreign satellite flying over its airspace or "illuminating" its air space using this wonderful new Chinese technology. It is time to end the US and Western World's airspace domination.
Let’s hope that the Chinese will provide to all dominated or threatened countries of the world this great non-violent defense technology, destroying equipment which is used to kill innocent civilians in bombings which are never "surgical" and kill and cripple scores of civilians which are poetically called collateral damage. All poor countries should get it, in Africa, South America, and all places which are threatened by the only remaining technical domination of the western rich world.
Of course dominant countries protest China’s success as they wish to keep their advantage to dominate the World. They protest against what? Against a successful technical achievement when the Chinese destroyed one of their old satellites... They didn’t attack anybody, just destroyed something belonging to them! And all the imperialist powers protest! Their funny protest is just about protesting the fact that ex-colonized countries can destroy the domination of the imperialist powers. The imperialist mentality at its worst... In other words "advanced scientific technology helping us to dominate the world should be our exclusivity"...But it’s nothing new: the US with 10,000 nuclear war heads each of them a 1,000 times more powerful than Hiroshima are worried when Iran or North Korea may be able to get only one... They should start to destroy their nuclear arsenal, and then they would be entitled to prevent others to get any.
Same with the satellites: the US has thousands of spying and military satellites but they are afraid that others will get them and especially afraid that China was successfully able to destroy one... Did you say double standard?
Peace in the world will only be possible if all nations destroy their weaponries and national armies. If not we are on the way to self-destruction...The clock is now 5 minutes to midnight...