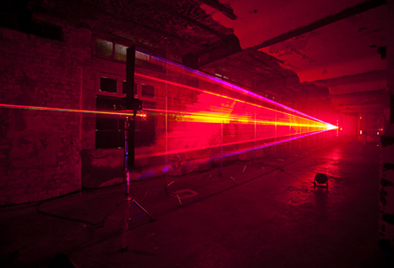 “I wouldn’t be surprised if any research trying to prove that particles can go faster than light is forbidden soon so Einstein’s dogma can be preserved,” Rael said.

A week ago, scientists at the world’s biggest physics lab in Geneva, Switzerland, announced that they have successfully repeated their previous measurements showing that some particles travel faster than light. Their first experiment, reported in September, showed that subatomic neutrino particles had broken the supposed ultimate speed barrier established by Einstein in 1905. According to Einstein’s theory of relativity, nothing can travel faster than the speed of light, which is given at 186,282 miles (or 299,792 kilometers) per second. But the neutrino particles had traveled 60 nanoseconds faster, thus contradicting Einstein’s theory.

But for Raelians, the experiment results did not contradict reality.

The Raelian philosophy, established in 1973 after Rael’s encounter with the scientists who created us, states that nothing, including the speed of light, is constant in the universe. Therefore, according to the Raelians, the speed of light can be slower or faster than the constant value of Einstein’s theory.

Rael has previously commented on this subject. On the day of the CERN announcement that some neutrinos had been measured at superluminal speed, he said he wondered whether or not the physics community would accept those results and finally be willing to review the theory of relativity.

“After all, it’s only a theory, but the physics community obviously isn’t ready to change this Einsteinian dogma that lies at the heart of all current cosmic science,” commented Dr. Brigitte Boisselier, spokesperson of the Raelian Movement. “Hopefully, they won’t forbid the experiments already planned to reproduce the CERN results, which is what they did when they forbade human cloning experiments.”

She added that human cloning was another scientific advance predicted by Rael back in 1973.

Meanwhile, Boisselier said, other groups are confirming Rael’s predictions by showing that nothing is constant in the universe.

Research carried out at the University of New South Wales, the Swinburne University of Technology and the University of Cambridge found that electromagnetism, one of the four known fundamental forces and denoted by the alpha symbol, varies across the universe. The researchers looked at light from distant quasars to see how it was absorbed by metallic atoms on its billion-year journey to us.

“They found that the measurements were different from similar ones on Earth and changed gradually depending on the directions, Boisselier explained. “That means their measurements are in direct contradiction with the constancy that is so cherished by physicists. And the findings are also in full agreement with the fact that the universe is infinite, which is what the Raelian philosophy states and promotes as an essential shift in our paradigm. It will revolutionize our understanding of life in the universe as well.”

She added, “It is our hope that in the near future, less time will be spent trying to prove these measurements wrong, and that more time will be spent grasping all the implications of the ‘inconstancy.’ Once the concept of infinity in the universe is accepted as a principle, everything will go so much faster. Hopefully, that will include the return of the scientists who created us, a hope that is dear to the Raelians.”
Search Raelianews
News Categories
Other News
‹ ›