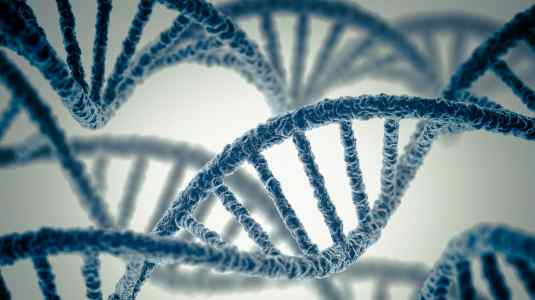 Last week’s meeting at Harvard of more than 130 scientists, lawyers, entrepreneurs, and government officials, from five continents, to discuss the topic of creating genomes from scratch is probably the most important ‘Raelian news’ of the month.
When Maitreya Rael, founder and spiritual leader of the Raelian Movement, introduced in 1973 the idea that every form of life on earth has been engineered by scientists who created these unique genomes from scratch, most of the scientists dismissed his claim as science fiction. 43 years later, scientists, business individuals and government officials agree to meet and debate about its feasibility, including for the creation of human genomes.

They are not debating about the possibility that our own genome has been engineered from scratch yet, but it should be on everyone’s mind. If we can envision to create a genome from scratch, it should be natural to think that our own genome could have been engineered as well. By whom would be the next question and the obvious answer will be: ‘ by advanced scientists’.

“Where would they come from?” is the next natural question…
43 years ago, scientists were saying that there are millions of stars in the Milky Way but there are no planets. The existence of planets was a mere speculation and no scientist caring for their career would dare to defend the possibility of an infinity of star systems similar to the solar system. 43 years ago, most scientists believed that our existence was the results of billions of positive mutations that lead to our extraordinarily complex ecosystem and the odds to find another such luckily elaborate ecosystem was even slimmer than having one on Earth. The official scientific dogma was that we were probably the only living human beings in the galaxy and probably in the ‘expanding and limited universe’, a very egocentric vision similar to the ones that made us believe in the past that the sun was rotating around the earth. The first planet outside of our solar system was reported in 1997. In 2014, there was an official count of 1,700 planets detected in our galaxy. A few days ago, the Kepler mission reported about 1,284 more planets and Nasa now counts 21 exoplanets that are labelled as ‘habitable’. Stars are not observed as stars only anymore, they are looked at as potential ‘planetary systems’ with potentially habitable planets. The number of scientists who think that habitable could also mean inhabited is growing. There are also a growing number of them who postulate that the universe might be infinite and that the event that is referred to as the Big Bang is actually a local event in an infinite universe where big bangs and new clusters of galaxies are created every day, every second, an infinite number of times. But that is digressing.

The possibility that human beings coming from another planets created us is not science fiction anymore. It is scientifically acceptable to think that life exists in other planets and that some of these living entities are able to design new DNAs and create other forms of lives.

These scientists probably had meetings with entrepreneurs, ethicists, government officials before they created new simple forms of life. Their creations became more elaborate, the ethicists became more alarmed until they decided to have the laboratories transferred in one of the ‘habitable exoplanets’ that they had discovered. They had fun creating diversity in beauty and functions which naturally led them to create another human being in their image.
This account of our past is coherent with the multiple reports of the creation of life on every continent by ‘gods’ who were actually only advanced scientists. The concept of a unique god creator is fairly recent and even the Bible uses a plural term ( Elohim) to refer to the one(s) who created life.
It also explains why all forms of life possess identical pieces in their DNAs as the DNA code is a creating language and the same language was used for all forms of life on earth. Our scientists may elect to use a DNA code that use different bases for their future creation. In doing so, they will use existing pieces of their previous creations and include them in the new ones, not reinventing each time the pieces of codes that they know will bring specific functions. This is how the same pieces of DNA can be found in the apes and in the human being. It doesn’t mean that the apes evolved and experienced millions of mutations until they became an homo sapiens. It is much easier to imagine scientists designing the apes and later designing the human beings, using their accumulated knowledge to improve their creation. The missing links in the evolution theory will always be missed because they were simply not needed.

Life on earth is what we can really call an intelligent design and the designers are the Elohim of the Bible, a civilization that wishes to be welcomed back on Earth.
Our scientists are becoming creators, they are becoming like the Elohim… as Maitreya Rael said when he read about the meeting of scientists and officials at Harvard: “Here is the beginning of the Elohimization”.

One of the tenets of the Raelian philosophy is that life has always existed and will always exist in an infinite universe. In the infinite cycle of life, a meeting of 130 individuals at Harvard was a milestone in the inevitable path where the created become creators. They will succeed, provided that a few of their colleagues do not take decisions that will lead to our destruction before. But that’s also another story.
Search Raelianews
News Categories
Other News
‹ ›