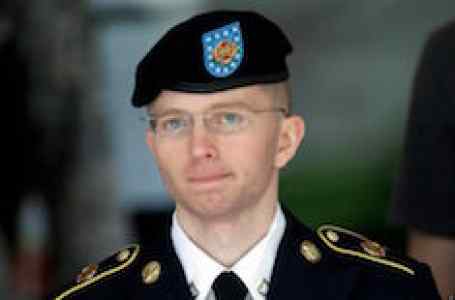 Rael has bestowed the title of Honorary Guide for Humanity onto Bradley Manning. Manning is the 24 year old soldier arrested in 2010 in Iraq for his leaking of sensitive government documents to Wikileaks and thus, among other charges, aiding the enemy. Manning is currently facing Court Martial and possible death.
Rael awarded Bradley Manning the title of Honorary Guide of Humanity "...for his courage to reveal to Humanity the dirty secrets of governments" and he also hopes that "... Manning's example will push all military personnel of the world to do the same so that no government or military leader can illegally kill, torture or do anything which is against Human Rights."
In 2010 Rael had also named Julian Assange, Honorary Guide for Humanity, for his efforts of publishing these and many other classified documents.
The title of Honorary Guide of Humanity is bestowed only upon those people whom, without concern for their own well being, do all they can to help humanity. The Raelians fully stand by Bradley Manning, Julian Assange and anyone who exposes lying governments - and we know they all lie.
Bradley Manning may pay the highest price for his loyalty to Humanity. We deeply hope the government will not kill him."
The Raelian philosophy is clearly against all violence and states that all militaries should be banned as militaries are currently in place only for the duplicitous ends of politicians, whom are themselves only controlled by whomever has the most money. It also encourages people to refuse to obey any orders, no matter from whom, which would inflict pain or death onto another person.
Soldiers usually join their nation's military because they believe they are serving a higher cause. They believe that their country is good and just. What Manning did transcends to a much higher cause, Humanity. Every year, we read belated leaked documents which tell about yesterday's truth - where the US government experimented on innocent people, giving them syphilis, LSD or other terrible things. Manning's info are news about what our actual government is doing today. It has to be known in the hope to have it corrected and we are grateful to Honorary Guide Manning for his courage to reveal the truth.