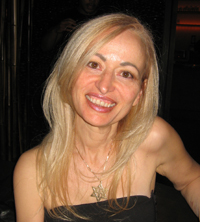 Not only have we been created by other human beings, the Elohim, who made us in their image, but they were created by others, who in turn were created as well. And soon we – yes, we! – will create another civilization beyond Earth. Life has always existed and will always exist. Even if our foolish tendency to kill each other eventually causes us to destroy our planet, that senseless destruction won’t affect the infinite number of civilizations elsewhere. The universe in which the eternal cycle of life takes place is infinite in space as well as in time.

As Cambridge physicist Neil Turok explained in a recent article, the so-called “Big Bang” wasn’t the beginning of anything whatsoever. It was just one event in the infinite cycle of events. And while that one event affected some parts of the infinite universe, it didn’t change the actual state of the universe.
Human beings recently born on Earth realize they will die sometime before their 120th year. They therefore have a psychological need to put a beginning and an end to everything they become aware of, including the universe and the concept of life. Ideas such as the Big Bang out of nowhere and the first spark of life arising in an exposed-but-protected pond millions of years ago are simply fairy tales to satisfy our psychological need to have “a beginning,” and nothing more.
To grasp the concept of the infinite in time and space is the most important teaching of Rael, the final messenger of those who created us, the Elohim.
This concept is not mystical in the least. It simply requires that we open the limits of our thinking about the nature of reality, and this is where philosophy can assist science.
Embracing the new theory – call it Intelligent Design or ID if you’re afraid to call it Raelism – will free scientists trapped in the dichotomy of either believing that random chance leads to incredible complexity – as Dawkins resigns himself to – or believing in a supernatural entity behind that complexity.
Scientists who delve into that complexity knowing it was designed by complex beings just like themselves – just thousands of years more advanced in scientific terms – will not only have more fun, as I do, but will also make faster progress in mastering keys to the ‘creation’ of life. They will then be able to both reproduce life and make it better. And they will no longer have to be worried about “playing God.” When you know there is no supernatural deity, you don’t have to fear making human life better by tinkering with it – and you can also have fun along the way!